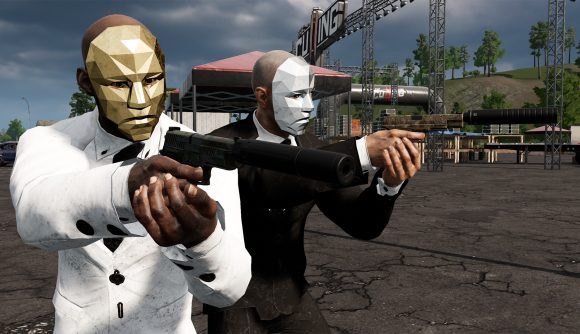 The Culling was one of the earliest battle royale games to hit the market, and launched into Steam Early Access before even PlayerUnknown’s Battlegrounds. After the original fell from favour, every attempt developer Xaviant has made to bring it back has been something of a nightmare – now the devs are making yet another attempt, with one of the most absurd monetisation models we’ve ever seen.

The good news is that The Culling is dropping loot boxes, but the positivity ends there. If you’ve played The Culling at any point, you’ll own it on the relaunch – otherwise it’ll be $5.99 USD. That price just gets you in the door, though, with a single free daily online match token. Further tokens can be purchased in packs of 3, 10, or 20, or you can purchase unlimited access – $1.99 for seven days, or $5.99 for 30 days.

Yes, the average player will need to buy the game and additional tokens to play more than one match per day. You can earn an additional free token by winning a match, but this is a battle royale – only a fraction of players are ever going to win. If you want to be extremely generous, you could compare this to pumping quarters into an arcade machine back in the day, but it’s 2020. Come on.

As of now, the new version of The Culling is set to hit Xbox One on May 14. The PC version “presents some unique challenges”, according to Xaviant director of operations Josh Van Veld, “but we are absolutely committed to bringing it back as soon as we can”. I, uh… would not expect a straightforward path to release.

The Culling had moderate success when it launched in 2016, but players dried up after its proper launch several months later. The Culling 2 followed in 2018, and by the second day was occasionally hitting concurrent player counts of two. Yes, two. That prompted a relaunch of the original Culling, which did generate a few ounces of excitement before it fizzled out and shut down in 2019. Check out the best free online games on PC.