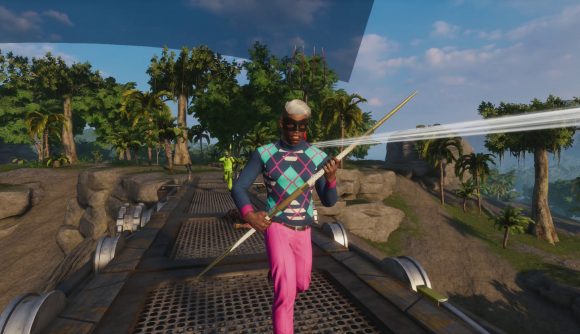 After a distressing road over the past several months, The Culling has returned to its roots and is now about to relaunch as a free-to-play title. Ahead of the new version’s September 14 release date, the developers have broken down what to expect.

Officially this release is titled The Culling: Origins, and as developer Xaviant has previously suggested, that means we’re returning to the “anything goes” approach of the original release. “Origins brings back that special mojo by returning to the game’s roots, incorporating the spirit of Day 1 combat, perks, airdrops and overall gameplay.”

While it moves toward the feel of the original, it’s not exactly the same. Origins has XP and leveling mechanics, new weapons, leaderboards, and skill-based matchmaking. It’s also going to have some mechanical changes that are different, like the wound system. To top it off, there’s a new art direction aimed at modernizing the look of the original game.

The biggest change, of course, is the switch to free-to-play. This will be supported by premium cosmetics, including clothes, weapon skins, taunts, celebrations, and the like. As in, say, Overwatch, you’ll earn loot box-style Cull Crates as you level up that offer cosmetic items and a credits currency to buy items directly.

A separate Tokens currency can be purchased with real money, and used to buy either packs of Cull Crates or specific items – some of which will only be available with premium currency. Either way, Xaviant says “The Culling does not (and will never) feature any pay-to-win mechanics.” Everything you can buy is purely cosmetic.

Players who bought the original Culling will get a Founder’s Pack, with two unique outfits, 1000 Tokens, ten Cull Crates, plus some Culling Cards, weapon skins, an extra taunt, and a celebration.

This all comes after the launch of the game’s sequel back in July – a launch that went so badly The Culling 2 was cancelled just days after release. Hopefully Xaviant has a bit more success this time around, though this weekend may prove an inauspicious time to launch a battle royale with the Call of Duty Blackout PC beta going live at the same time.