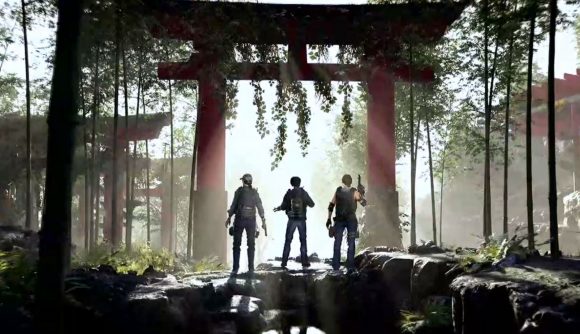 It wasn’t all that long ago that it seemed like Ubisoft was getting ready to let the sun set on The Division. Title Update 12 was originally intended to be the MMO game’s final update, but the Division’s durable popularity has prompted the publisher to announce not only additional new content for The Division 2, but also a whole new game. The Division: Heartland is a new free-to-play game set “in The Division universe.”

We’re not sure whether ‘The Division universe’ is distinct from the broader Tom Clancy universe that would presumably include properties ranging from the late author’s Jack Ryan novels to Rainbow Six Siege and Ghost Recon, but regardless, The Division: Heartland is in development by Ubisoft’s North Carolina-based Red Storm Entertainment, which worked on Clancy games dating back to the original Rainbow Six.

“Heartland is a standalone game that doesn’t require previous experience with the series but will provide an all new perspective on the universe in a new setting,” Ubisoft says. You can sign up for early test phases of The Division: Heartland over on Ubisoft’s official site.

Ubisoft hasn’t shared any additional details about Heartland, but it seems as though the publisher has taken a note or two from Activision’s success with Call of Duty: Warzone operating as a free-to-play adjunct to its reliable annual Call of Duty retail series.

That’s not all that’s in store for The Division, however. Following the release of The Division: Heartland, The Division 2 will see more new content sometime in 2022. That’s to be followed by the launch of an as-yet-unrevealed mobile game, and an original The Division novel to be published by Aconyte. Ubisoft says this story will be set after the events of The Division 2 and deal with how the ‘Green Poison’ outbreak impacts areas across the US as agents work to protect supply routes.

Finally, The Division film starring Jake Gyllenhall and Jessica Chastain will premiere on Netflix sometime after that, making 2022 a surprisingly busy year for the multiplayer game. The Division won’t be standing down any time soon.