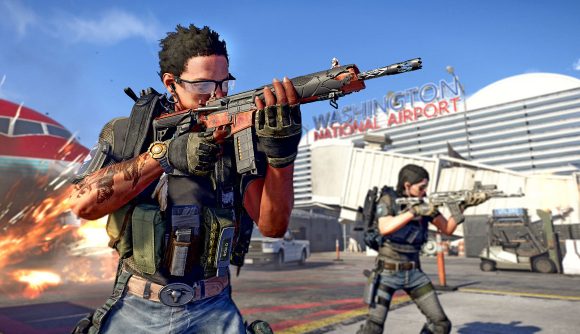 The first raid for The Division 2 went live yesterday, and the early response – continued criticism for the lack of LFG options aside – was pretty positive. World first for Dark Hours was claimed about five hours after the raid went live, and the streamer that led the group had big praise for the quality and difficulty of the content. But that was on PC. A day later, console players still haven’t managed to get it done.

While some among you might be eager to tell the folks on PlayStation 4 and Xbox One to get good, it seems this is down to the limitations of the platforms rather than the skill of the players. Fans on console, stuck with gamepad controls and playing at 30fps, have found the raid far too difficult to complete.

As Kotaku reports, the leaderboards for the raid on both platforms remain empty, and the subreddit is filled with suggestions that the raid might just be impossible on console. One of the top posts there right now is a “petition for devs to complete raid on console,” to show whether it’s even possible.

We’ve got a full weekend ahead for players to aim at completing the Dark Hours raid. If you’re trying it on PC, spare a thought for the poor console folks who are having to make do on their platform of choice.

Read more: Go mouse and keyboard in the best FPS games on PC

If you still need to know how to get the Eagle Bearer Exotic assault rifle from the raid, you can follow that link for a guide – as well as plenty of info on the new rifle’s perks and abilities.