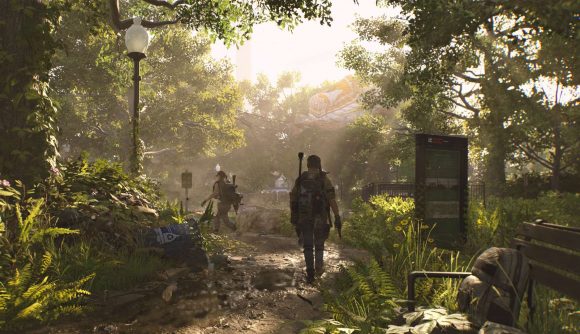 July 17, 2019 Ubisoft reports that The Division 2 is the industry’s biggest hit of the year.

In its financial report today, Ubisoft says that The Division 2 is the best-selling game of 2019 in terms of units sold. The company says its estimates are based on numbers from NPD, GSD, GFK, and Famitsu, as well as Ubisoft’s internal metrics, and covers sales worldwide.

Estimating The Division 2’s success has been surprisingly awkward so far. Shortly after the game’s launch, Ubisoft said The Division 2 sales have failed to meet expectations on console, but they’re in line with with the original on PC. The game’s now on the Epic Games store instead of Steam, which has resulted in the game selling ten times more on Uplay than the original.

Ubisoft noted “record highs” when it comes to player engagement and season pass sales (noted by Daniel Ahmad on Twitter) in last quarter’s financial results. Sales of the original Division made it a breakout hit in 2016.

Back in March, we saw retail figures from the UK that revealed that The Division 2’s physical launch has only managed 20% of the sales of Division 1, and those console-focused retail numbers lines up with what we’d heard about the console sales elsewhere.

Even with weaker console sales, maybe it shouldn’t be surprising to see The Division 2 manage success anyway, especially as Ubisoft reports that PC has become its most profitable platform for the quarter.