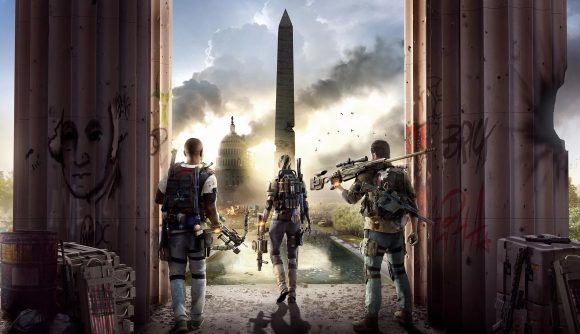 Ubisoft has announced a detailed list of content heading to The Division 2 in its first free episode. Episode 1 – D.C. Outskirts: Expeditions features two new missions, an expedition mode, new weapons, new gear, difficulty adjustments and a bunch of player-driven updates. The episode and all its content will be releasing on July 23 on consoles and PC.

In a press release, Ubisoft says that this episode will take the player outside Washington D.C and into the unknown territory in the areas surrounding the capital. It’ll pick up from where the main game story ended and has two missions; Camp White Oak, where players will take down President Andrew Ellis after his traitorous activities; and Manning National Zoo, where Emeline Shaw is hiding out ready for a rematch.

This new episode also introduces Expeditions, a new experience for players in which Ubisoft says “players enter Kenly College, where contact has been lost with a military convoy full of vital supplies. When they receive what appears to be a final broadcast, they form an expedition to find any surviving members in need of rescue.” The press release goes on to explain that expeditions are divided into three different themes, and will be released on a “week-by-week basis.”

D.C. Outskirts: Expeditions introduces a number of powerful new weapons and gear to your arsenal. There is the Diamondback Rifle exotic, the BTSU datagloves exotic, the Stoner LMG, and the Carbine 7. Players can now take on two new classified assignments in the capital’s Central Aquarium and NSA Site B13, but Ubisoft also highlights that this is exclusive to those who own the Year 1 Pass.

To get ready for D.C. Outskirts: Expeditions you’ll need to finish up your collections in the base game and we have plenty of guides to help you out like every skills and skill mods, all sets and stats, and every Exotic weapon and how to farm them if you want to complete your arsenal.