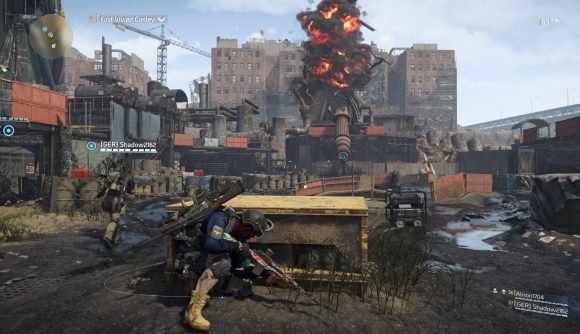 The Division 2‘s next season in Warlords of New York kicks of June 23, and with it comes a new Manhunt, a new apparel event, new leagues, a new global event, and plenty of new rewards. It’ll also mark the arrival of Title Update 10, which is Massive’s first pass on a major rebalancing attempt that will see changes to almost all the game’s weapons and other gear, as well as to the way crowd control builds work in The Division 2’s meta.

The preliminary notes we covered last week provided only a peek at what’s coming, and this week’s rundown is a much more comprehensive breakdown. You can find the full patch notes over at the Ubisoft forums. The developers have taken a three-pronged approach to this update, focusing on game health (bug fixes and balancing), loot generosity (you should be finding better loot more often), and player power (which has been increased).

The new season also adds four new exotics for Warlords of New York. There’s an SRS sniper rifle called Mantis, which has a scope that displays additional information on enemies who aren’t targeting you and highlights weak points. The new raid, Operation Iron Horse, adds a double barrel rifle called The Ravenous, which fires different primers depending on the shoulder you’re shooting it from, and a high-accuracy magnum pistol called Regulus that creates five-meter explosions when you get headshot kills with it.

But while exotics are always fun to experiment with, the much bigger change in Title Update 10 will be the rebalancing pass Ubisoft has done, which touches just about every weapon in the game, most of its gear, its NPCs, and by extension the classes players decide to use.

When Ubisoft launched Warlords of New York, it says the idea was to make endgame content challenging again, since players had gotten used to over-gearing and playing content that they had become 4-5 times too powerful for. Massive considers this to have been successful – but too much so. NPCs were too powerful, but so were player crowd control builds – which have become the go-to meta for multiplayer team construction (1 CC + 3 DPS). While Title Update 10 adds significantly to players’ damage output, it also limits the amount of uptime that crowd control skills have, meaning those builds shouldn’t be as dominating this season.

We broke down Title Update 10 when it arrived on The Division 2 PTS, but you can see what’s changed since then over at the official forums.