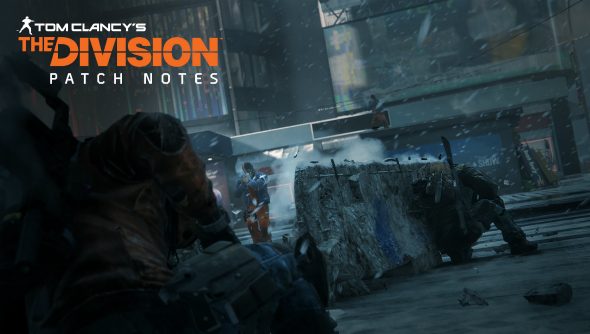 The Division is getting a day one patch to push the visuals even further, shut down some exploits – shooting through walls, invisibility, etc – and to more easily identify cheaters.

Place your bets now for how long it takes The Division to get onto our list of the best looking games on PC.

The update is a reaction to user-feedback and makes some fixes and tweaks based on what players said off the back of their time with the early version. This has led to the UI being improved, the menu now displaying in an more user-friendly grid, as well as new options to make the equipping of complete items sets more easy, among other things.

“After the success of the closed and open betas, and the overwhelming feedback we received from all of you, our team has been hard at work to fix a lot of issues and implement more improvements based on your suggestions,” says the Ubisoft update.

The headline feature, though, is the fixing of the exploits that plagued the PC beta and the introduction of “extended server-side checks to detect any illegal actions from the game client,” which will “limit their impact in the game” and help “track down the perpetrators.”