Cliff racers are an unequalled irritation in The Elder Scrolls games. These infuriating, pterodactyl-like creatures produce piercing screeches as they appear from any direction to attack you, and are difficult to shake off. Spend more than a few hours in Morrowind and you’re likely to experience the terror of being swarmed by gaggles of these airborne nasties.

Thankfully, mods do exist. Morrowind Rebirth is one that mercifully pacifies cliff racers and other pesky critters. It’s an effort to improve the original 2002 game with small edits and additions rather than take it in new directions. Install Rebirth and you’ll soon find quests pinned to daggers, pass by an outdoor toilet, or notice dead bodies piled up around enemies.

Have you ever looked at an in-game object and thought about its positioning or placement? For Morrowind Rebirth creator Trancemaster_1988 such minor detail has been a fascination for more than a decade as he’s steadily worked on his passion project. This attention to detail seems to explain why Rebirth has been in development since 2010 as even the smallest, most easily overlookable details can take weeks to implement.

This is something that RubberMan – a long-time friend of Trancemaster – who creates dialogue, models, and features such as the banking system in Rebirth, knows well. He recalls how Trancemaster once requested that all the furniture in The Elder Scrolls III: Morrowind be redesigned so that it’d easier to place flat objects on them. 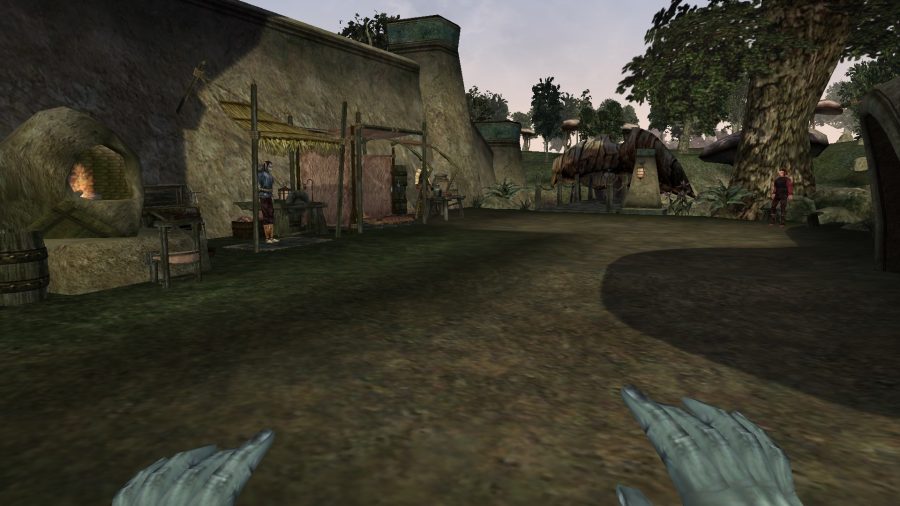 “Last year, he decided to change the common furniture as all the surfaces have bumps in them,” RubberMan tells me. “When [this was] put it into Rebirth, he had to go around tables, shelves, and bookshelves, placing every single thing in the entire game. He spent two weeks doing nothing else but placing these new models.”

Speak to Trancemaster himself and he downplays his meticulousness in favour of a more humble explanation for his project’s extensive timeline. “When I started Rebirth, I wasn’t very experienced with the Morrowind Construction Set, photo-editing software, and various other important tools,” he tells me. “If I had known how to use them properly beforehand, I believe Rebirth would have been completed a long time ago.”

Trancemaster originally expected Morrowind Rebirth to be two years of work but kept finding more ways to expand the project. “Becoming more experienced opened up new ways to tweak the game, which further expanded to the list of things to do,” he says. New enemies, redesigned and expanded towns, additional dungeons, bug fixes, and balance changes have all been tended to over the years. But the growth hasn’t been confined to inside the game, but has developed outside of it, too.

Over the past nine years Trancemaster has brought on composers, led a Discord group, and frequently posted updates on ModDB to an eager audience. Rebirth is his vision of Morrowind, one that’s brought a whole community together, some of which have stepped up to help out. Fulgore, the renowned modder behind Rebirth’s dungeons, is one of the talents the project has exposed.

Over the years, everything from improved graphics to rideable shark mounts have been modded into Skyrim. Knowing which ones to use can be intimidating but don’t worry as we have you covered. We’ve delved into the vast world of Skyrim mods to bring you the 100 best.

One of his greatest achievements is Balmora Underworld, one of the mod’s standout dungeons, which utilises light more effectively than many games I’ve played. “[Originally], the idea was for a couple of cells and maybe a hidden cave. But I decided to turn the sewer canals into an underground market,” he tells me. It’s a big moment as you’re walking across creaky wooden planks in the dank sewer to then have that juxtaposed by a dazzling array of colourful lanterns.

“When the whole thing was done, I noticed it was really dark – since I don’t use ambient or sun lighting when I create a new cell,” Fulgore says. “[So] I added candles everywhere they could fit.” Brilliantly, you need to use these light sources to navigate the tunnels, as Fulgore incorporates these ambient fixes into part of his intelligent level design, which by the end of the dungeon should be imprinted on your mind.” 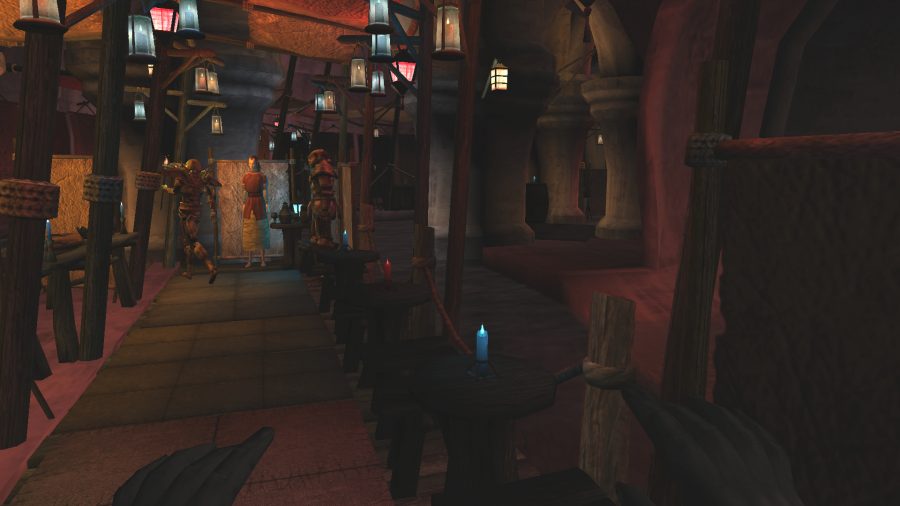 Rebirth is packed with high points like this and it’s a delight to discover them. But not everyone looks upon the version of Morrowind that Trancemaster and his collaborators are building with as much wonder. Atrayonis is one of the lead developers of Tamriel Rebuilt – another huge project that aims to add the entire landmass of Morrowind to the 2002 game. He praises Trancemaster’s work, especially the size of it, saying that Morrowind Rebirth shouldn’t be called an “overhaul” but a total conversion of the game.

“It is a truly massive undertaking of Trancemaster’s personal vision of what TES III should be, and I can only applaud and admire him for his work and dedication,” Atrayonis tells me. However, he disagrees with some of the choices that Trancemaster has made over the years. “I consider the balance changes too intrusive – which is the nature of total conversions – and find his work to make Vvardenfell more settled a bit misled,” he says. 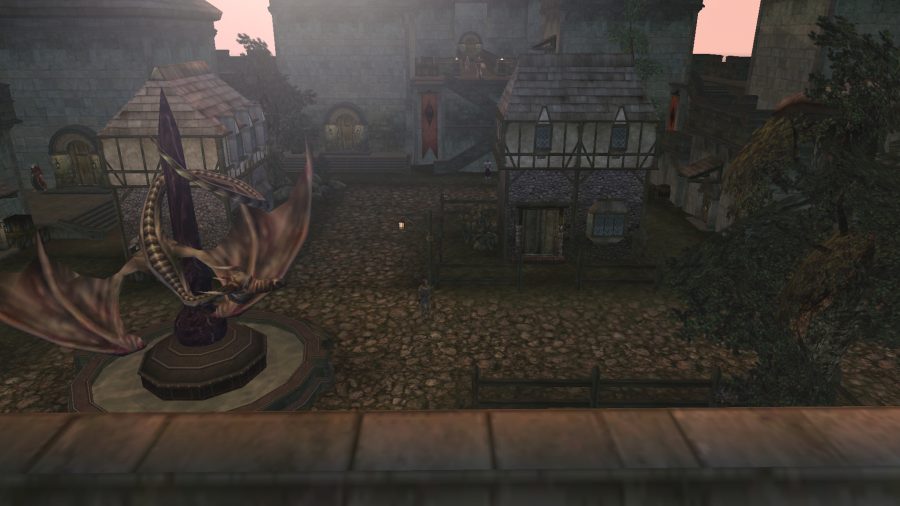 Atrayonis’s criticism comes from a place of love. Ultimately, it’s this that keeps modders like him, inspired by Morrowind Rebirth, to take on these enormous undertakings centered on an aging RPG. Trancemaster’s work has caused others to rally around one of Bethesda’s most revered games and keep it alive. It’s an incredible achievement already but seemingly one that won’t be finished for a while yet.

Need something new? Try out the best RPGs on PC

“I don’t think I’ll ever finish Rebirth, but if that time comes I’ll probably end my Morrowind modding career then and there,” Trancemaster says. “After working on something as massive as Rebirth, any other project would feel alien to me.”