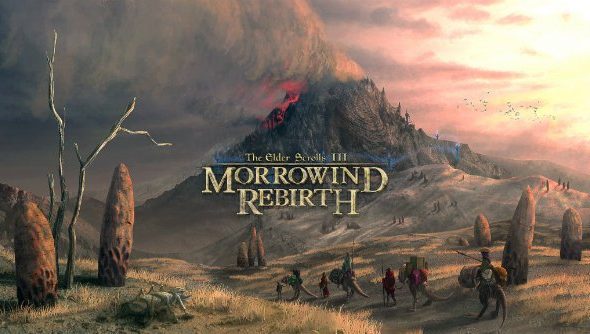 This is the first I’ve heard of Morrowind Rebirth, but surely not the last, as fond memories of ridiculous enchantments and an excessive amount of walking from place to me put me in a nostalgic mood anytime Morrowind is mentioned.

If Morrowind is too old school, we’ve got a list of the best Skyrim mods, too.

The mod is a total conversion, released all the way back in 2011, but this new update, 3.7 shows that development is still active, and they’re still balancing and making new content.

Morrowind Rebirth promises that players will be able to “explore the island of Vvardenfell as never before” with a world designed to be “both alien and familiar to the Morrowind you knew before”. The complete overhaul adds new systems, details, weapons, armour and lots more stuff to a game that was already known for being impressively vast. It’s also the best game for making magic trousers I’ve ever seen.

What’s new in 3.7? This is a “small” patch compared to 3.6, according to the patch notes, but it’s still an intimidatingly long read. You can attempt it for yourself here but the main additions seem to be the overhaul of “The Red Mountain” a new outpost and bug shields you can buy which seem to be made from the chitinous shell of something gross.

They’ve also rebalanced spells, particularly defensive ones, with the aim of making things a bit easier for the pure mage on the go. As someone who always wanted to play a mage but found myself getting pasted repeatedly, it’s an exciting rebalance in this mod.

They fixed some bugs too, including one where rocks were glowing in certain circumstances. Well played, chaps.