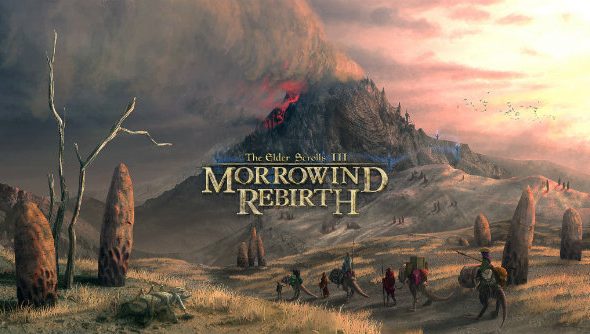 Morrowind Rebirth has already reinvigorated the third Elder Scrolls game with more creatures to swing at, fresh quests to load up on, and new items and weapons to get over-encumbered with. The 3.4 update brings a host of tweaks, fixes and additions to improve life even more on the island of Vvardenfell.

Into playing a role in a game? Here are the best RPGs on PC.

Not to be confused with Morrowind Ovehaul, which brings the game up to modern visual standards by combining all the graphical mods, Morrowind Rebirth is all about extending the experience.

The 3.4 update does lots of little things that add together to make the overall experience that much better.

There are fire rings that used to emit the wrong power and have now been fixed, containers and contents have been tweaked, and NPCs now don’t unceremoniously burn to death when they stand on a fire like a pleb.

Oh, and some typos have been fixed in the in-game books – but who is reading them? Seriously.

Have a read over the many fixes and additions in the official mod update.