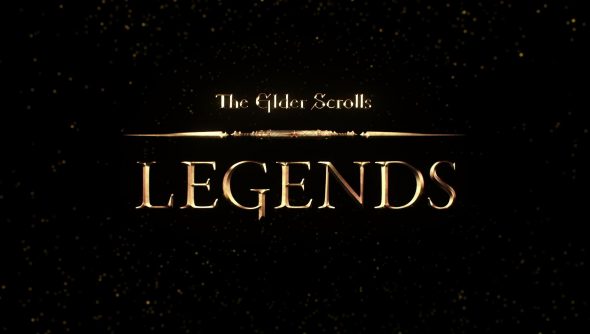 Bethesda has announced Elder Scrolls Legends is a card-battler with a single-player campaign that’ll come to Android and iPhone as well as your PC.

We’ve got all thePC gaming newsfrom E3. Check it out.

Let’s address the elephant in the room – it does look a lot like Hearthstone, although in play it seems to play completely different. There are two seperate lanes which appears to offer different possibilities for the combat, although it’s not something we can talk on with authority just yet.

Luckily, the Beta will be opening to a lot more people soon, with more details on getting into the beta hopefully surfacing soon.

See the video below to get more of a flavour for it.