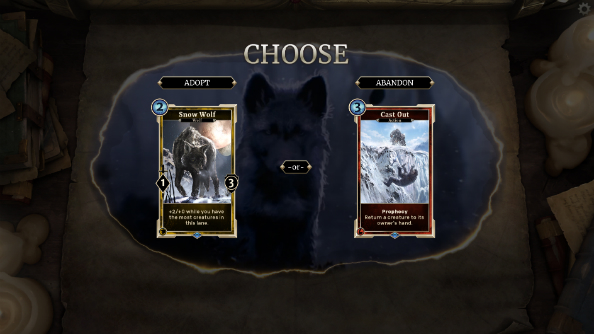 Tamriel’s top trumping card game The Elder Scrolls: Legends is basically ready for release, says Bethesda’s vice-president of PR and Marketing, but will wait for tablet version before exiting beta.

Speaking to PCGamer on the PAX show floor, Bethesda’s Pete Hines said: “We could call it launched right now, if we wanted,” of the company’s collectible Elder Scrolls card game.

The game is currently in beta, but Hines said they would not be taking that label off the PC version until a tablet version is greenlit but that they “aren’t far off.”

From his description of how close to launch the team are after a six-week beta, Fall is still the target and the game is currently feature complete with just some UI elements like menus being adjusted before 1.0 is declared.

You can see the full interview below, which also discusses the eSports potential of the competitive card game.