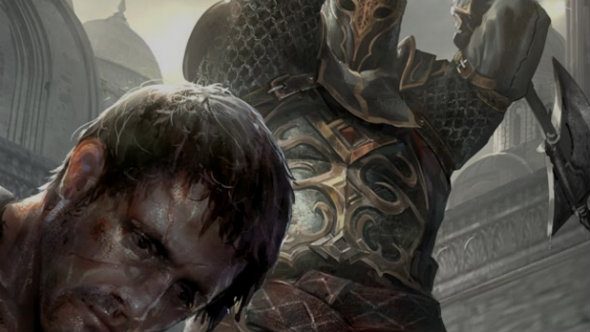 Bethesda have unveiled a Starter Pack for The Elder Scrolls: Legends, a one-off purchase to give your decks a leg-up.

Speaking of which, here are the best Hearthstone decks.

Taking a leaf out of Hearthstone’s card-filled book, the Starter Pack is very similar to the recently announced Welcome Bundle in that game, giving players a bunch of cards at a reduced price to kick off their collection.

The Starter Pack is now available via the in-game store (one per account) for £3.99, and includes:

Standard pricing for card packs is £2.29 for two and £7.99 for seven, so you’re getting a fair batch for the cash.

The Elder Scrolls: Legends is currently available in open beta and can be downloaded and played for free via the Bethesda.net launcher.