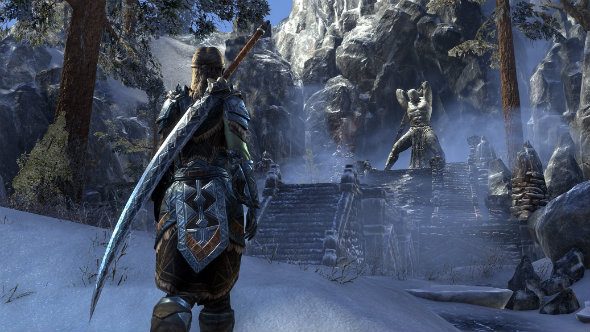 From tomorrow until April 18, Bethesda are letting players head into the sprawling landscapes of Tamriel in The Elder Scrolls Online for absolutely free. If you’ve been wanting to try it out, you can have a week of unrestricted access once it’s live.

For more stuff for nothing, check our list of the best free PC games.

The free trial not only gives you complete access to the base game, but you also get 500 Crowns to spend in-game on whatever goods you fancy.

If you find yourself enjoying your time in the fantasy MMO, you’ll also be able to pick it up cheaper, as Bethesda are hosting a sale to run alongside the trial.

All editions of the game will be discounted via Steam – as will the Imperial City, Orsinium, Thieves Guild, and Dark Brotherhood expansions. All your progress from the trial will also carry across once you have the game.

The Elder Scrolls Online: Tamriel Unlimited’s free play week will begin at 10am ET on April 11 and run until 10am ET on April 18. No doubt Bethesda are hoping for a boost in player count in preparation for the next expansion, Morrowind, going live on June 6.