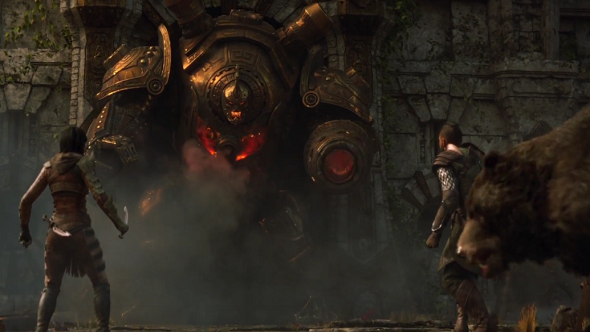 My word, but Bethesda think you want horse armour. They think you lie awake at night, reviewing games in your head, being like “it’d be a 10, if not for a fatal lack of horse armour”.

In a move that some might call foolhardy given the respose to Bethesda’s last attempt to protect your steed, it turns out one of the incentives to spend extra money on the digital collector’s edition of The Elder Scrolls Online: Morrowind will be horse armour.

For more questing with pals, check out our list of the best MMOs. 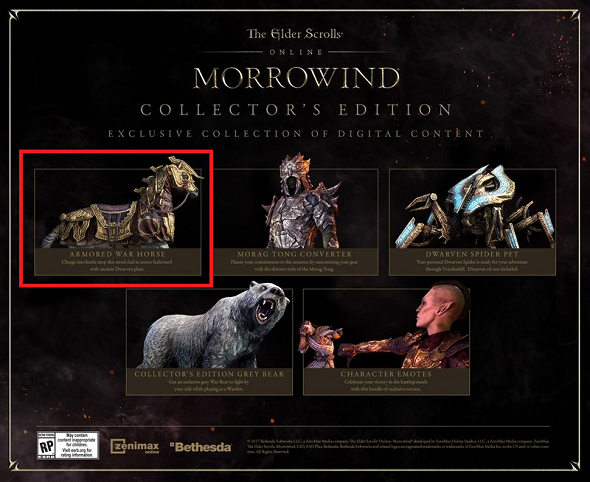 The listing on the ESO: MorrowindSteam pagereads: “charge into battle atop this steed clad in armour fashioned with ancient dwarven plate.” Other exclusives in the digital collector’s edition include a grey war bear, a dwarven spider pet, a bundle of emotes and a reskin tool to make you look like the Morag Tong assassins.

For a full breakdown of the junk stuff in the fivedifferent editions, head to theESO website. On top of the digital goods, thephysical collector’s edition offers a real-life 12″ statue of a dwarven colossus, a map and an assassin’s journal with some art. Any pre-order will also get you the ‘Discovery Pack’, which includes five more in-game items: another pet, another skin, some level-up scrolls, some maps, somee crates.

On Steam, the digital collector’s edition upgrade is £49.99 ($59.99) whereas the standard Morrowind upgrade is £29.99 ($39.99). So, including the Discovery Pack, this means Bethesda want £20 on top of the standard edition for ten in-game items, most of which are cosmetic.

And one of which is horse armour.

If you don’t know why this strikes us as a bit, ah, brave,I hope you’re making the most of your youth, and click here.

Original story January 31, 2017:Homestead is releasing for The Elder Scrolls Online on February 6 – letting players buy and decorate own homes – but there’s something even more exciting coming soon after.

The island of Vvardenfall is heading to The Elder Scrolls Online in the MMO’s next chapter: Morrowind.

The largest zone in the game so far, Bethesda have attempted to capture the feel of the place, even letting players visit all the key landmarks they’ll remember from the original game. Bethesda say they’ve painstakingly recreated Morrowind, right down to using the original height maps.

Players are even able to begin their journey in Morrowind, starting there and working through a new tutorial. They can then head to the base game once they’ve soaked all that nostalgia up.

Set 700 years before the single-player adventure from your childhood, you’ll be able to visit the city of Vivec as it’s under construction, and you’ll even be able to work with the deity who rules over it.

You might be expecting massive mushrooms, clockwork robots, and dwarven ruins, but there’s a bunch of new stuff being added, too.

First off, there’s the Warden class. This new class can wield nature magic, ice powers, and can even summon animals to fight by their side. Check out the trailer above for a better grasp of how brilliant it will be to fight with your best mate: a bear.

PvP battlegrounds are also being added. These are three-sided battles with teams of four fighting it out in team-based activities across three maps and in three game types.