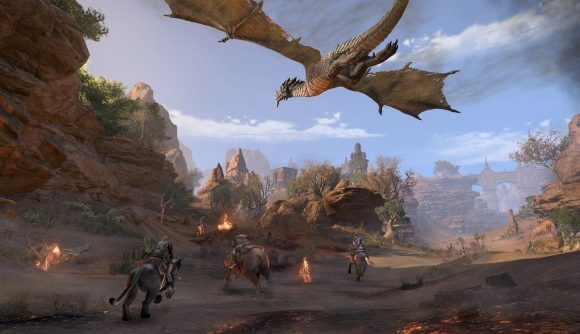 Even as The Elder Scrolls 6 release date seems distressingly out of reach, its online sister game The Elder Scrolls Online is exploring more and more regions of Tamriel. Players will surely be wondering what the MMORPG’s future might be, and whether it’ll continue alongside the main series of Elder Scrolls RPG games. The answer, it seems, is yes.

“We have a super healthy community. I think at E3 we announced we were at, like, 13.5 million players. We’ve added even more since then,” he explains, saying that the Elder Scrolls Online player count is now around the 15 million players mark.

The creative director also confirms the studio has “plans for 2021 and beyond”, so it looks like TESO fans can look forward to plenty more content to come in the coming years. “We just have to get through this year and get the team on track for this year and finishing this year”, Lambert says.

In the meantime, check out what you need to know about the next Elder Scrolls Online Chapter, Greymoor to discover what’s in store for the game this year.