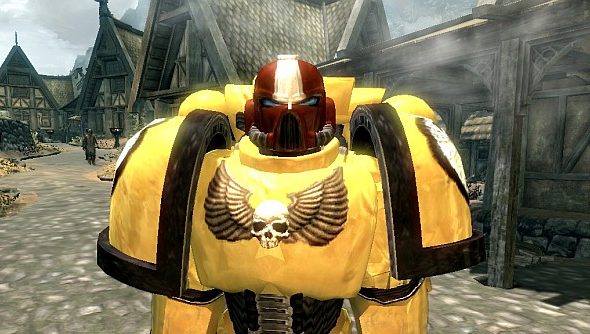 Remember when Valve introduced paid mods to Skyrim via Steam? Remember how everyone went mental and Valve pulled the idea? It’s not quite dead yet.

We’ve got a list of the best Skyrim mods if you wanna get ‘em while they’re free.

Gabe Newell still thinks modders should be paid for their hard work, and he makes a strong case for them.

“Mod people create a lot of value, and we think that absolutely they need to be compensated,” Newell explained to GamesBeat during a media roundtable. “They’re creating value, and the degree to which they are not being accurately compensated is a bug in the system.”

What Newell means by this is how value creates more content. Look at how Call of Duty’s success kicked off a wave of modern military shooters, or how GTA made everyone want an open-world sandbox game.

If people think something might make them rich, or not be a complete waste of time, they are more likely to be inspired to create something. More success stories leads to more modders, which leads to more mods.

That doesn’t mean Valve will be jumping back in any time soon, though. Newell admits that the Skyrim situation was a “mess”, so they need to think of a way to do it properly, without alienating players who have been accustomed to free mods since forever.

The comparison was made to a hot stove, which they’re not keen to burn their hands on again just yet. It sounds like they’ll be having a go at some point, though. I bet we see it before Half-Life 3.