We know what Skyrim meets Zelda: Breath of the Wild looks like, thanks to a very pretty mod. Now, another creator has given us a glimpse at how Tamriel’s frostiest, dragon-infested region would appear when turned into a painterly cartoon – and it’s stunning.

Modder TwoChack has posted a video of the Skyrim cartoon mod they’ve been working on for “years”, which you can check out below. Starting with a view of Castle Volkihar from Skyrim’s northern shores, the footage takes us around some of the surrounding woodland and landmarks overhauled with a gentle, watercolour-like palette and artstyle. The creator switches back and forth between the regular and reworked visuals – for example, at around the 1:00 mark – to demonstrate the effectiveness of the change.

While it takes away some of the pleasing ruggedness of Skyrim’s landscape, the result is gorgeous. Everything is softened and more abstract, giving the game a feel not unlike Disco Elysium‘s stylised look. Even the grumpy Thalmor solider standing on guard at 0:54 looks less of a threat, their expression less pronounced and lovely golden armour gleaming away.

Even Whiterun, which is attractive in the regular game, looks prettier, with bright green trees, plants, and vines meshing around the wooden buildings to create an all-new look.

Check out TwoChack’s creation in the video below: 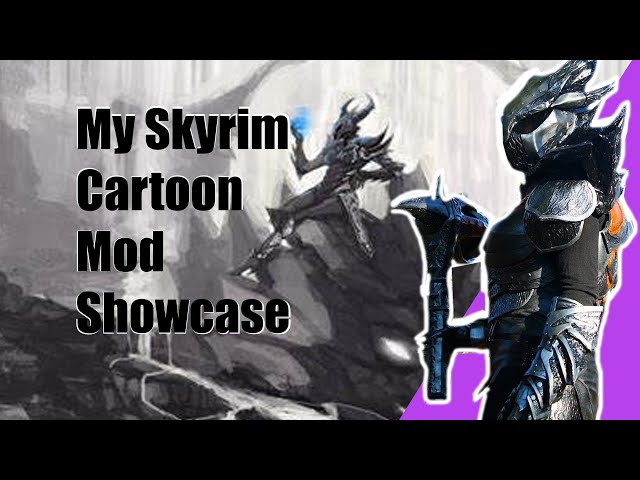 Sadly, the mod’s not available to download just yet and is still in the works, but the creator does say in the video comments they’ll “try to bring it out as soon as possible”. They explain in the description that, alongside changing every texture to a “cartoon art style”, they used some other texture mods from Nexus Mods “to show that it’s mod friendly”. Fingers crossed it’ll appear online for players to grab sometime soon, then.

Related: Check out the best anime games on PC

In the meantime, check out our list of the best Skyrim mods you can grab right now if you’re keen to tinker with your game’s visuals. Oh, and there’s also a great Skyrim mug that lets you wake up to coffee (and dread) each morning, now. Because, you know, Skyrim.