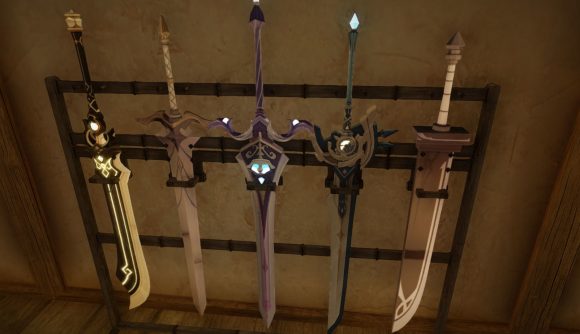 Many of us know the pain of spending all our hard-earned cash on Primogems and Genesis Crystals in Genshin Impact to get those sought after five-star weapons, only to receive a stack of useless junk that gathers dust in your inventory. If that sentiment rings true with you, give the Weapons of Genshin Skyrim mod a try.

With 46 weapons in total, 19 one-handed swords, 14 two-handed swords, and 13 bows, the mod doesn’t have the complete roster of Genshin Impact weapons, but modder Royan199803 has made it clear the mod is a work in progress, so if your favourite weapon isn’t available now, it may be added in soon.

All of the weapons are standalone and not replacement items for current in-game weapons, which is handy. You are currently unable to forge or strengthen them for those much-needed stat boosts, though Royan199803 is hard at work making sure this feature will available in the next update he adds to the mod.

If you’ve spent enough time making wishes in Genshin Impact without any luck and are interested in giving the Weapons of Genshin mod a go, head over to Nexus Mods for more information and instructions on how to download. 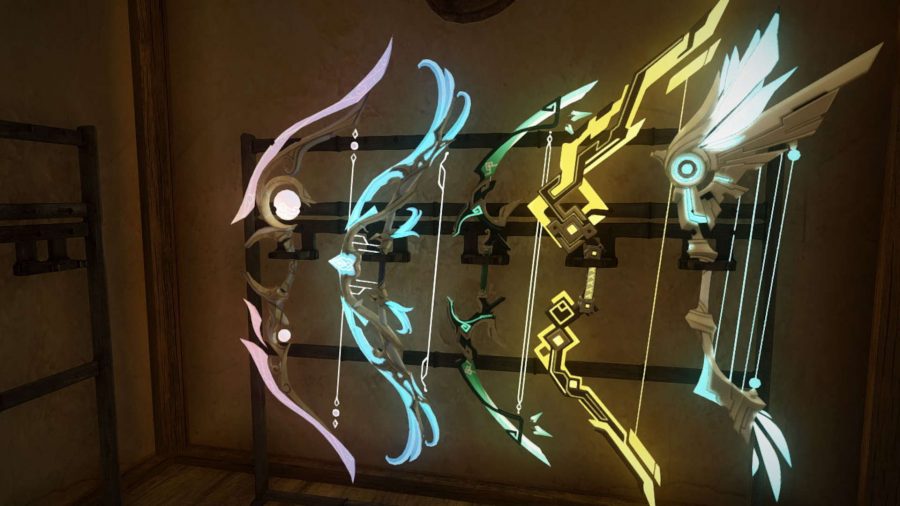 Are you in the market for more weird and whacky mods, or maybe even some helpful ones? Well, we’ve compiled a list of the 100 best Skyrim mods for your viewing pleasure.