Skyrim makes it abundantly clear that the Thalmor are not chill dudes. Whenever you wander through Whiterun there’s a guy yelling all day long about how the Thalmor are suppressing religion in Skyrim, and if you ask around you’ll hear that they’re prone to kidnapping dissenters and torturing them in a secret prison. Very uncool, but as the Dovahkiin you’ve got bigger things on your mind, like shouting, dragons, shouting at dragons, and seeing how many cabbages you can cram into your new home. Big stuff. The Thalmor slip your mind until you run into them later in the main questline, and by that point they are just an obstacle in your dragonslaying path.

However, a deeper look into the lore of The Elder Scrolls shows that the Thalmor are more than a mere annoyance. Their superiority complex has led them to not only impose tyrannical laws and enforce them with underhanded methods, but also to exploit the culture and beliefs of an entire race.

Thousands of years before the events of Skyrim, the Thalmor began as an Altmer government organisation to safeguard Altmeri culture. From day one they’ve been looking down their noses at the other races of Tamriel, and boy did it burn their biscuits when a man called Talos, aka Emperor Tiber Septim and later the Divine Talos, conquered them and made Altmeri territory part of the Empire.

Very long story short, by the time of the events of Skyrim the Empire is in sharp decline. The Altmer cannot stand the idea that a stupid human is a divine god because they believe they are descended from the divines. This is why the peace treaty between the newly independent Altmer and what remains of the Empire forbids Talos worship. 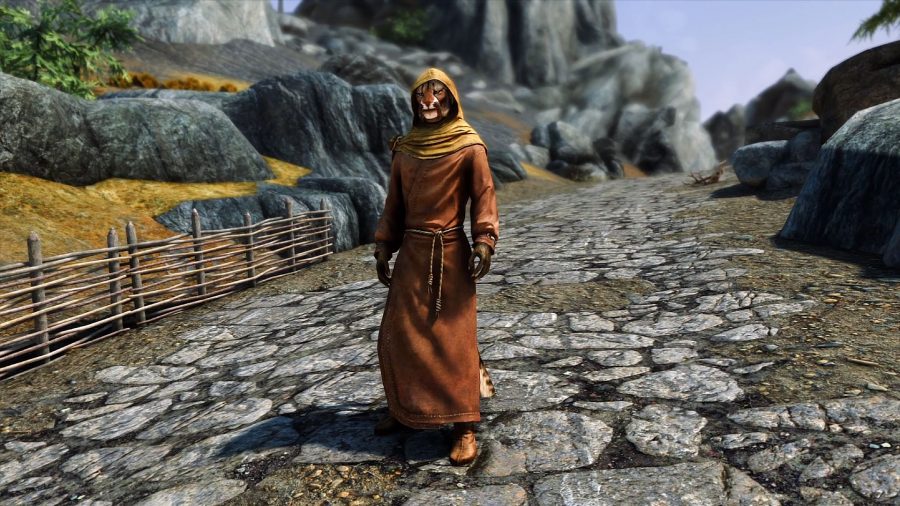 The feline Khajiit are deeply connected to the twin moons of Nirn: Masser and Secunda. The moons are integral to their religion and way of life, so much so that a Khajiit’s form is determined by the lunar phase during which they are born. Depending on the phase, a Khajiit could be an extra-large Senche-raht, a human-like Ohmes, or a housecat-sized Alfiq, which yes, is a real thing and is as adorable as you’re imagining.

Roughly a century before the events of Skyrim, Masser and Secunda vanished from the sky for two years, an event known as The Void Nights. Why and how is not known, but what is known is that this was a catastrophe for the Khajiit. It’s not clear what happened to Khajiit born during The Void Nights, if they were born at all, but it was probably really bad.

Imagine the relief of the Khajiit when the moons reappeared. The Thalmor took credit for bringing the moons back using their mighty magic, but riddle me this, Mr Hypothetical Thalmor Apologist: if the Altmer have the power to move the moons, why did they allow them to be moved in the first place? Is it not more likely that the Thalmor realised that this was a natural phenomenon and hoodwinked the frightened, desperate Khajiit? 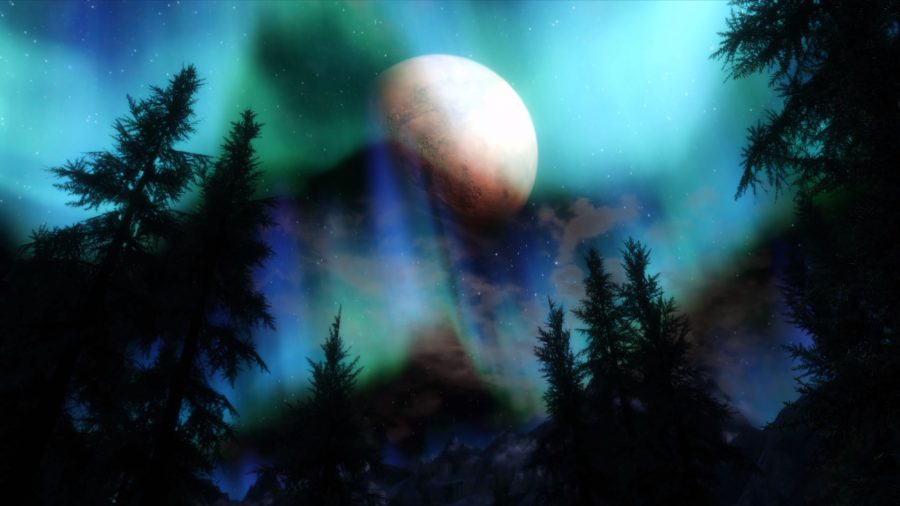 The Thalmor had a motive. In the aftermath of the Void Nights they used the immense gratitude they ‘earned’ to turn the Imperial Khajiit into a client state of the Altmer. Well, whatever, right? That’s empire building for you. It’s not like the Altmer’s ultimate plan is to unmake reality so that they can be reunited in the spiritual plane with their godly ancestors, right?

Right? *cricket noises* It’s one guess as to who the antagonist of The Elder Scrolls VI may be.

You probably already own it several times over, but in case you don’t you can buy Skyrim here or grab it via Game Pass for PC. If you have got Skyrim then can experience the open-world RPG in a ton of different ways with our roundup of the best Skyrim mods.