The Bosmer – or Wood Elves as they’re more commonly known – don’t get a lot of air time in Skyrim. By the time you get down to ‘Wood Elf’ in the character creator you’ve probably settled on either human variant one through four, or, if you want something a bit spicier, lizard dude or emo elf. Their homeland of Valenwood is far away, so it’s natural there aren’t many Bosmer in Skyrim, and aside from a few vendors and townsfolk, the most memorable bosmer in the game is Faendal, the Riverwood archer trapped in a love triangle that only you can resolve.

On a standard playthrough you’ll get the gist of what the nine other playable races are about, but the Wood Elves can seem like filler. You’ve got to go digging through books and dialogue trees to get a bead on the Bosmer, but there are rich rewards for those that do go searching for answers – turns out they’re probably the most bonkers race in Elder Scrolls lore.

The suffix -mer means elf. Like the Dunmer, Altmer, and Orsimer (technically Orcs are elves), the Bosmer’s ancestors came to Tamriel from the lost continent of Aldmeris. Sometime after moving to Tamriel, the mer evolved into the different subraces we know today.

The Bosmer’s ancestors settled in Valenwood – a gigantic and dense forest region on the southwestern side of Tamriel. According to their creation myth, this was when the Wood Elves were shapeshifters made of primordial goop, creatively called Ooze. 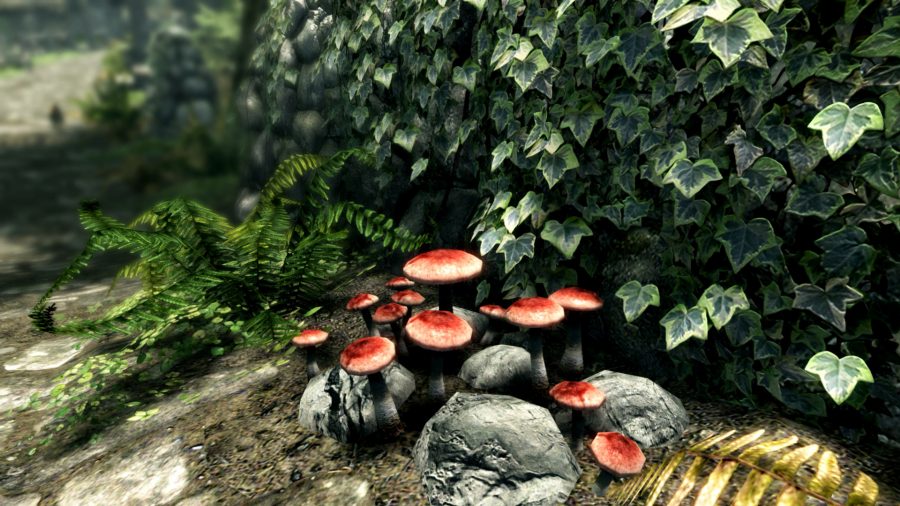 The Bosmer made a deal with the divine Y’ffre to get protection, patronage, and permanent, less goopy bodies. This deal is known as the Green Pact and is the basis of Bosmer culture and religion. Its rules are pretty clear, and honestly, pretty reasonable: don’t harm the forest, don’t take on the shape of beasts… all sensible so far, but what’s this? A Bosmer cannot eat plants, only meat and animal products, and if you slay an enemy in battle you are required to eat them.

A Bosmer cannot eat plants, only meat and animal products

Cannibalism is not just a technical by-product or creative interpretation of a religious text. No, it’s spelled out plain as day in the Green Pact – you kill a guy in battle, you’ve got to eat them within three days. Which seems like a big ask. I couldn’t eat an entire person in three days, that’s a lot of meat.

The Green Pact cannibalism clause appears to only apply to enemies slain in battle, so a Bosmer is not expected to eat grandma, unless of course they slay grandma in battle, which isn’t entirely unlikely in Valenwood. 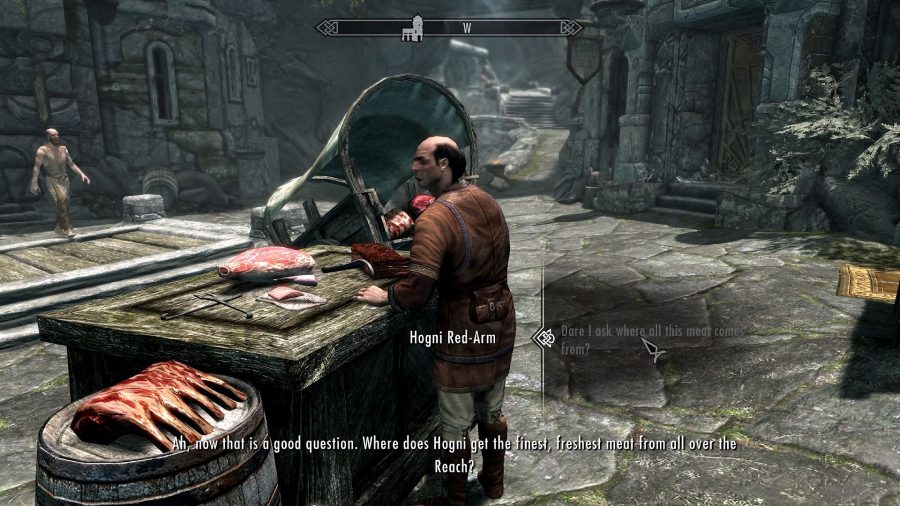 Should a Bosmer turn their nose up at some Wood Elf flesh, or is unable to resist the siren call of a plump cabbage or alcohol not made from fermented pig milk or giant beetle organs, they are condemned by Y’ffre to the Ooze, a limbo of shapeless nothingness. Once that happens your only hope is the pity and mercy of a Spinner, a guardian of the Green Pact who can free trapped souls from the Ooze.

So maybe it’s a good thing that there isn’t a romanceable Bosmer in Skyrim. Sure, they say that the further a Bosmer is from Valenwood the less strict they are about their religion, but Bosmer live up to 300 years. You can’t be certain that your spouse hasn’t tasted succulent sapient flesh before. Perhaps they have the hunger.

You can grab a copy of Skyrim here or play it via Game Pass for PC. In the extreme likelihood that you’ve already got Skyrim then can experience the open-world RPG in a ton of different ways with our roundup of the best Skyrim mods. And if you’re after more tales like this then we’ve got another slice of weird Skyrim lore about the Thalmor’s crimes against hu-meownanity for you to check out.