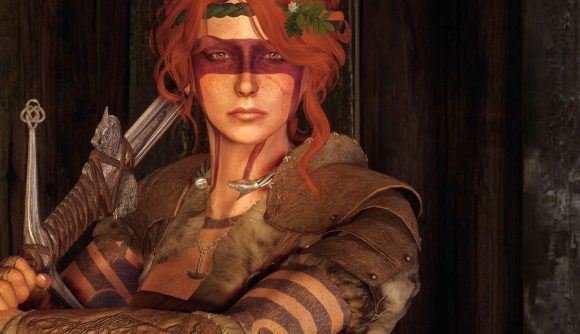 Away, Come Away is a new, seemingly simple Skyrim quest mod that adds some really cool weapons and female armour to the game, reminiscent of Senua’s in Hellblade or perhaps Aloy’s in Horizon Zero Dawn. The different pieces of gear each have neat properties of their own and are worth grabbing in their own right. But, disguised behind the armour mod is a short but epic quest that has you chase down a place from your dreams into the sky – and avenge a wronged warrior.

The mod, by creator Omesean, adds a “fully fledged set of weapons and female-only light armour” which you scoop by completing “a short but hopefully unique and enjoyable quest, with a small amount of voice acting to boot”, as the modder explains. Rewards include items such as an amulet that gives you a different special effect for each day of the (in-game) week, a bow that can disarm foes about to strike, and the cool Nordic armour, of course.

However, as highlighted in a video by YouTuber MxR Mods, the quest that leads you to these goodies brings more to the game than its humble description suggests.

Without giving too much away, the mod has several different stages that gets you tracking down the gear across Skyrim, and features both a beautiful new location and a meaty final battle, all underpinned with a great storyline. 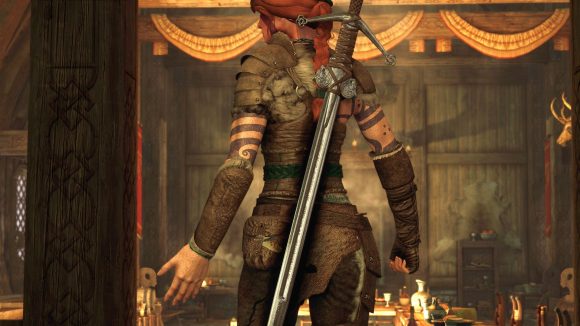 If you don’t mind spoilers ahead of playing the mod, take a look at the YouTube clip linked above from around the the 9:23 mark to see what’s in store.

If you’re keen to play Away, Come Away for yourself, head to Nexus’ page here for the Skyrim Special Edition version, and here for the regular game option. We also have lists of the best Skyrim mods and RPG games, too, if you’d like to see what else is out there to get stuck into. As ever, mod at your own risk!