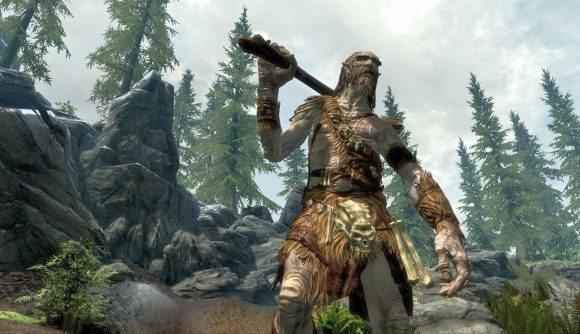 Skyrim fans will know well that it's best to steer clear – very clear – of giants in the fantasy game. Found near gaggles of mammoths (also worth giving a wide berth), they're enormous and very grumpy, which not only means they can swing that club mightily hard, but they can yeet your teeny weeny Dragonborn what seems like miles into the air. But, a new Skyrim mod aims to put some of that mighty yeeting power back into the chosen one's hands.

Holzeils' 'Yeet Weapons of Skyrim' mod hinges on a simple but satisfying premise, with the creator asking: “Ever wanted to launch someone like a giant? Now you can!” The way this works isn't by putting the power to fling unsuspecting Tamriel folk across the sky into your Dragonborn's yeet-happy hands. Oh, no. Instead, it imbues a bunch of different weapons with that power, each of which is appropriately titled so you won't accidentally mistake, say, the Yeet Bow or Yeet Greatsword with your regular, non-NPC catapulting kit.

Surely inspired by battle royale game Fall Guys, the mod even adds a Daedric warhammer called Big Yeetus – the name of a rotating hammer ready to hurl beans from their treks across the game's zany assault courses.

Sadly, there’s no footage of the mod in action, but there is a delightful image of what appears to be a Whiterun guard being launched through the air from the modder, which you can check out below: 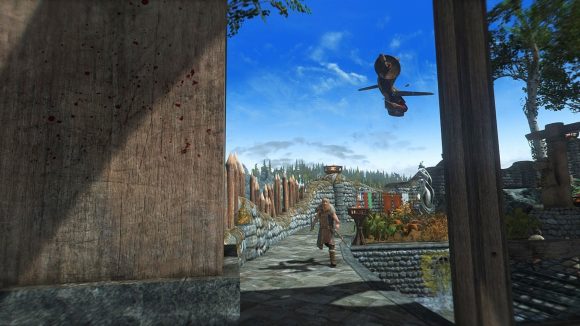 If you’re keen to grab the mod for yourself and get yeetin’, you can find it on Nexus Mods here. As ever, mod with caution and be sure to check out our rundowns of the best open-world games and best RPG games on PC if you’re keen to see what else is about. Or, if you fancy picking up a copy of Skyrim at Fanatical, you know where to click.