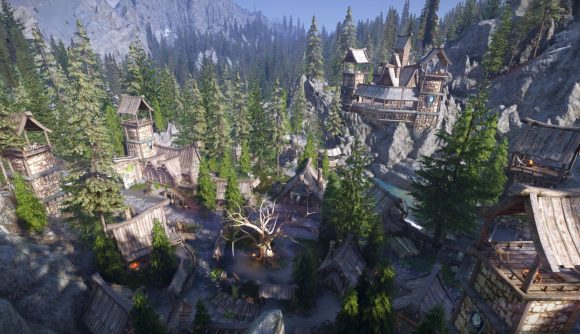 Cities of the North is a modding project by Skyrim fan JPSteel2 that looks to give some of the fantasy game’s minor cities a bit of an overhaul, and enhance their own strong visual identities. The latest addition to this project is a mod that reworks the forested, southern Skyrim hold city of Falkreath, with new building models, interiors, and more.

Even at a quick glance it’s easy to see how much of a difference JPSteel2’s Cities of the North – Falkreath mod makes to the southern hold’s capital. While the base game’s settlement has a look that’s familiar from across Skyrim, with straw-roofed, timber dwellings scattered about – visually very similar to spots like Riverwood – the modded version gives it more its own distinct feel, with the addition of “new, unique model[s] for every building in Falkreath”. The result is gorgeous – the city’s structures and homes are turned from timber into stonework, with sloped, layered wooden roofs, gnarly beams that look like they’ve just been hewn from the forest all around, and embellishments with the hold’s symbol of a deer.

It looks like the jarl’s longhouse has been given a particularly impressive new look in the style of a medieval Scandinavian building of importance. It’s stacked high with wood and stone and looks the part as the settlement’s most imposing building – though still harmonious with its forest location.

Falkreath’s dwellings have also had their interiors reimagined, with the barracks, hall of the dead, and stores given a more rustic, woodsy look and feel that helps Falkreath stand out that bit more as its own place, with its own identity. Here’s a peek at the mod in effect (via JPSteel2 on Nexus Mods): 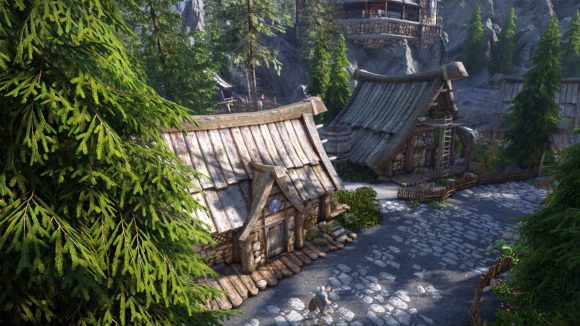 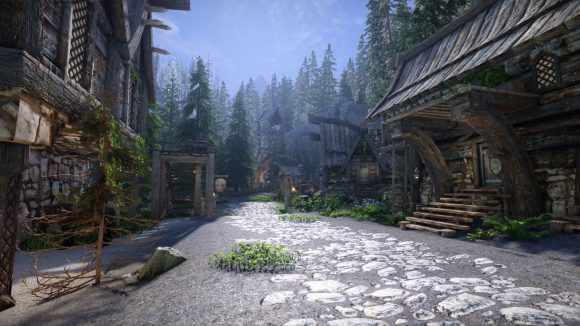 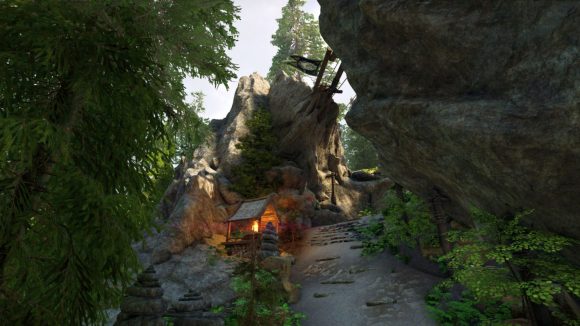 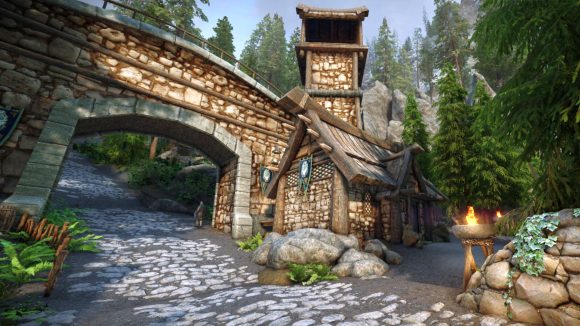 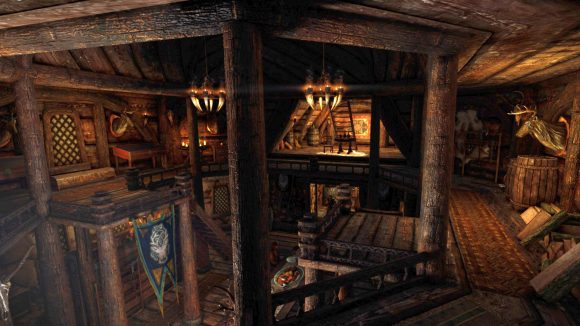 It seems the mod’s been popular with the Skyrim community so far, with it currently sitting in the top ‘hot mods’ slot on Skyrim: Special Edition’s section on Nexus Mods as of writing. If you’re keen to grab it, head to its page at the link above. As ever, be sure to mod with caution, and check out our rundowns of the best Skyrim mods and best RPG games at those links.