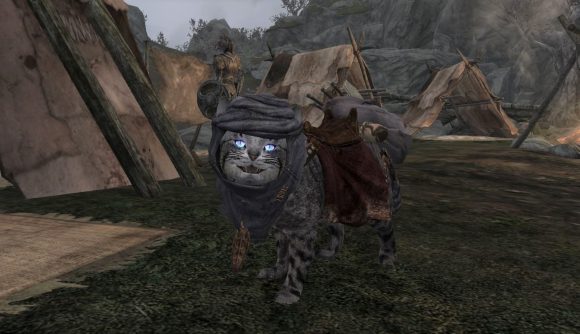 The Elder Scrolls Online might be heading to Skyrim with Greymoor, its next Chapter, but you can still bring some Elsweyr to The Elder Scrolls V thanks to a mod that adds Khajiit Alfiq as NPCs and followers. You know, the Khajiit that look just like big, adorable house cats. With armour on.

The Creatures of Nirn: Khajiit Alfiq mod by creator DracoWarrior729 adds the ferociously clever – and frankly style-savvy – felines to Tamriel’s snowiest region, which is a big deal considering TES lore says they’re not fond of leaving the sunny climes of their homeland. While you’ll be able to see them around Skyrim as non-playable passers-by, the best part is you can recruit them to follow you on your adventures.

It’s not yet clear how well they’ll fare taking on the dragons, draugr, and the Dark Brotherhood of Skyrim, but from the accompanying pictures, it looks like they’re more than willing to give it a go. The Alfiq can be seen poised ready for action in full steel plate armour and mage robes as regular Khajiit bandits chase them down.

To give you an idea, check out this adorable little bruiser: 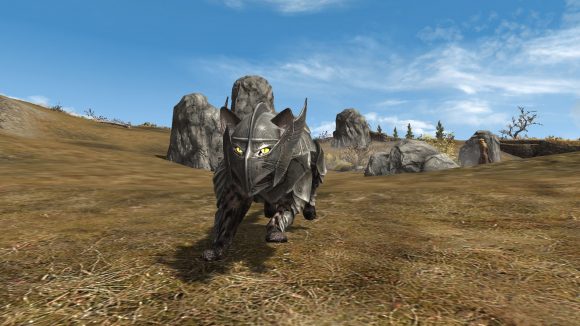 If you’re tempted to bring the Khajiit Alfiq into your game (and heart), head to Nexus Mods where you can grab the mod – and, as ever, mod at your own risk!