Y’know what Skyrim needs more of? Penguins. One modder has decided Tamriel needed more of the coolest, and clumsiest, birds, and has made a mod to spawn as many as you’d like into the RPG game.

Fittingly, the mod is titled Repopulate Skyrim with Penguins. To begin dominating the fantasy game‘s world, you must first get your companion, Winston. They’ll be in Breezhome, in Whiterun, and once you have them, you can give them a number of commands, like wait, follow, or trade. Winston will have a scroll, that you can then use to make as many happy, flapping friends as you so desire. As many as your graphics card can handle. Go for it. You have our permission.

This is all something of a sequel to a previous mod from creator gg77, called The Isle of Pinnipeds and Penguins, which added a load of seals and other animals o the mix, too. You can mount the seals, to finally wage war on the seven seas of the Elder Scrolls. If you have both active, Winston can also be found on the shack in your island animal paradise. 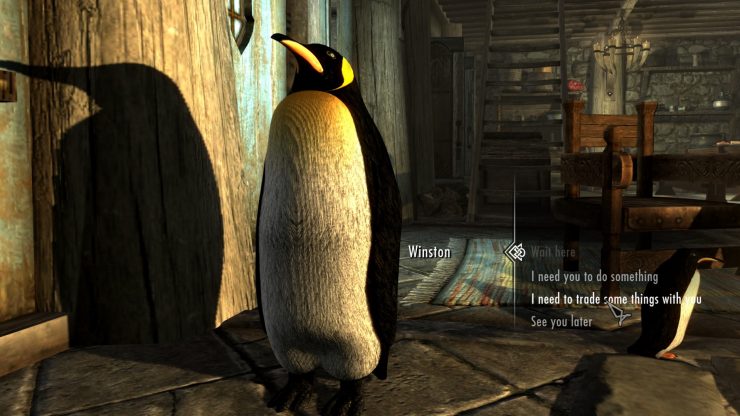 Potentially you, riding a seal: 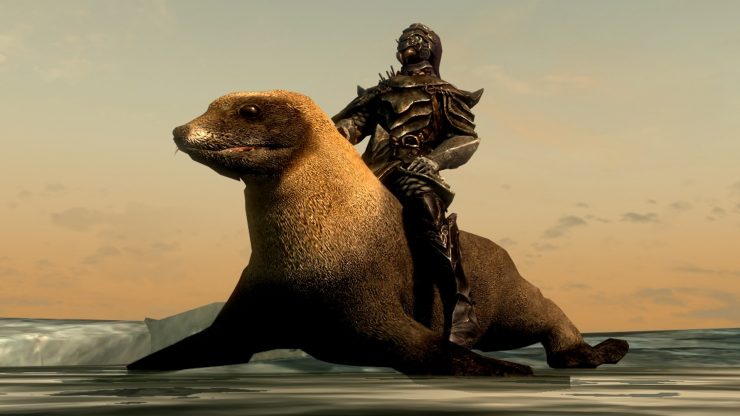 You can find links to the Nexus page above. I don’t want to be too presumptuous, but I think this definitely counts among the best Skyrim mods. As always, mod with caution.