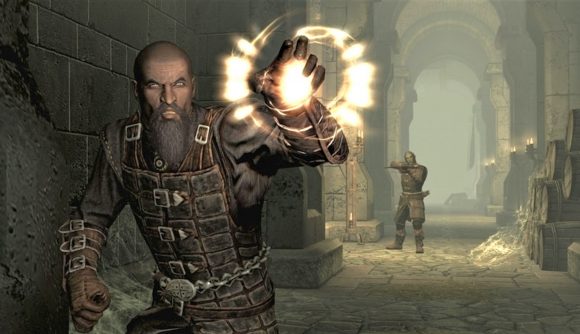 As an RPG, Skyrim already offers a ton of options in how you want to build your Dragonborn and approach the game’s deep and dangerous world. But, there’s always fun to be had in even more variety, and a new, “non-intrusive”, Final Fantasy Tactics-inspired Skyrim mod looks set to offer just that, with the addition of a batch of new classic RPG-style classes and a mastering system for them.

“Sets of Skills is a non-intrusive class mod that tries to combine the classic RPG classes with the ‘You can do whatever you want’ design philosophy of Skyrim,” modder Robin959 explains in a Reddit post announcing their new creation. Inspired by the class and job system of classic tactical RPG Final Fantasy Tactics, the mod integrates into the base game’s existing system, sitting comfortably alongside its skill trees without tinkering with them, and is tied to your Dragonborn’s normal character level.

Where the mod adds some exciting new options is in its 17 new classes, which provide bonuses to XP gained for the skills related to them. So, as per the modder’s example, the Scout class will offer bonuses to the archery and light armour skills, while the Mystic class will do the same but for illusion and alteration spells.

Additionally, they bestow a base perk that levels up with the mod’s class system levels. So, Rogues will gain a buff to attack speed and Merchants will get a buff to prices per class level, for example. Then, for every five class levels hit, each class is granted a new perk. These can be things like doubled critical damage for Fighters at level five, or potions lasting for two additional hits if you’re an Assassin. Sweet.

Some classes have prerequisites you’ll need to hit before you can equip them to your Dragonborn, but you can switch between them freely once you’ve unlocked them at any time – though it’s worth noting you can temporarily lose some class skills if they’re not currently mastered and you choose to equip another, different class. Levelling up happens when you’ve got a class equipped, and you can master one by hitting its top level – something worth pursuing as it means you can keep all of its perks and skills even if you then unequip it. 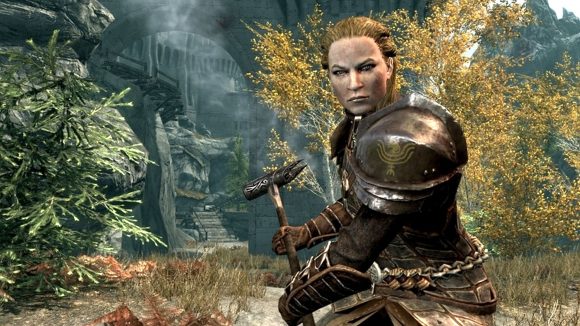 Mastering happens in two different ways, depending on whether you’re playing on normal or hardcore mode. The former works basically as described above, while the latter will only let you master a set number of classes and it can’t be reversed, so you’ll be pretty much locked into a few and need to pick wisely.

The list of classes included in the mod are as follows, if you’re keen for the full rundown: Scout, Assassin, Burglar, Thief, Nightblade, Fighter, Rogue, Duellist, Merchant, Warrior, Barbarian, Spellblade, Knight, Mage, Occultist, Battlemage, and Mystic – all with their own build-specific perks. Whew! You can check these out in full on the modder’s handy graphic here (open in a new tab if you’re keen to zoom in).

To grab the mod for yourself, head to Nexus Mods here. As ever, mod with caution, and be sure to check out our list of the best RPG games and fantasy games on PC for more.