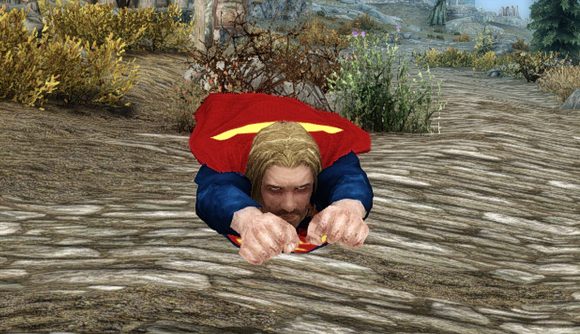 There are many different ways to travel around Skyrim. You can mount up, hitch a carriage ride, hop in a ferry, fast travel, or just strap your gear to your back and trudge through the open-world game’s mountains and valleys on foot. Or, zoom and swoop around it Superman-style. Yes, you read that right – it might not be one of the base game’s options, but a new mod has made the dream of taking to Tamriel’s air a reality.

Dualsun’s new ‘Running like a Superman’ mod is just the thing if you like the idea of charging around the 2011 RPG game’s frosty climes by air, one powerful arm extended forwards, and cape fluttering behind like a true superhero. The mod replaces your Dragonborn’s running and “sprint idle” animations to make it look, as its name suggests, like they’re in the iconic, crime-fighting, day-saving Superman pose, hovering a few feet off the ground.

Plus, as you can see in a clip the modder’s uploaded, included below, when you change position you’ll still float and glide around heroically through the air.

One thing to note from the clip around the 0:50 mark is that ridges and steep rock faces might mean a few bumps and obstructions from Skyrim’s varied terrain. But, you know, the Dovahkiin’s more than used to taking out dragons, draugr, and daedra for a living so they’ll be fine, I’m sure. 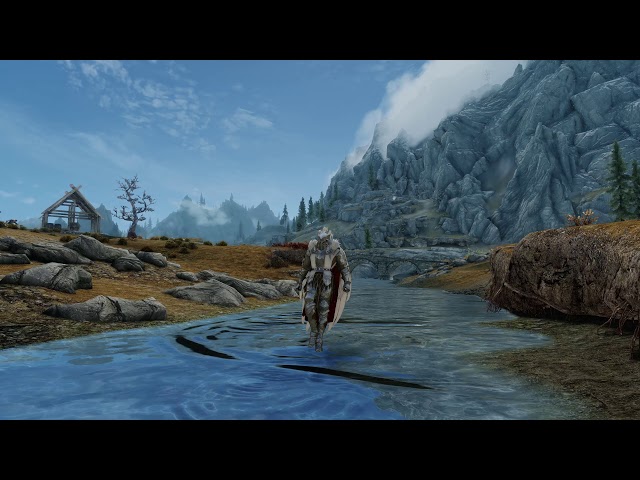 If you’re keen to grab this “funny” and heroic for yourself, head over to Nexus here – and, as ever, mod at your own risk!

We also have a list of some of the best Skyrim mods out there if you’re keen to tinker with your game some more.