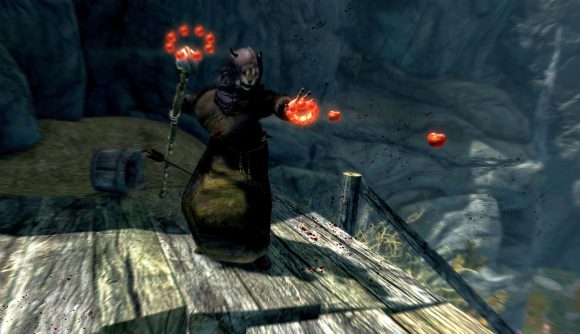 Many of the best Skyrim mods are those that let you overhaul the fantasy game’s visuals and systems, introduce amazing new locations, and set the Dragonborn on exciting new quests. Then there are those that are just hilarious and don’t exactly worry about sticking to the lore Bethesda envisioned. One such creation is a new mod that lets your Dovahkiin embrace the true might of the humble tomato.

Skyrim modder Nakano52 has expressed their joy and excitement about their own real-life tomato yields and so, inspired by their bountiful harvest, they’ve decided to create a mod all about – yep, you guessed it – tomatoes. Their creation adds the power of tomatoes in two ways: through spells and staves. The first of these has three tiers, each of which blasts foes with different size tomatoes, dealing higher damage the bigger the size fruits shot out of the Dragonborn’s fingertips.

The staves work similarly, though are more powerful than their spell counterparts. The delightfully named “Staff of Small Tomato” shoots tomatoes that deal ten damage per second, the medium option does 35, and the big boi explodes a whopping 190 points of damage in a radius of 45 feet. 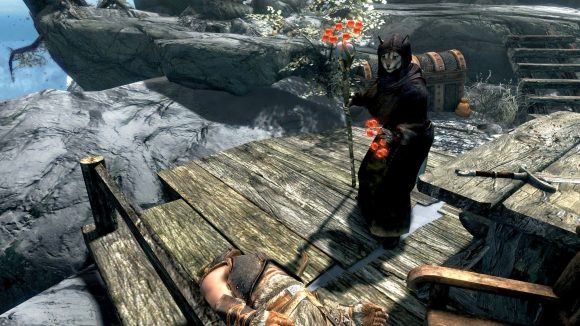 Entertainingly, you won’t just be able to craft and find these scattered across Skyrim for yourself – you’ll also find some NPC enemies use them. So, prepare to get pelted with tomatoes by bandits, basically.

If you’d like to place the full might of the tomato in your Dragonborn’s hands, you can find the creation at Nexus Mods here. As ever, mod with caution, and be sure to take note of the modder’s instructions to get it running smoothly.