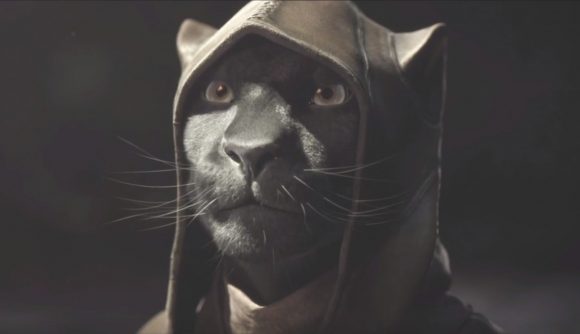 Yes, you read that headline right. Elder Scrolls fans have taken to Reddit to discuss and debate what the penis sizes of the different races in Skyrim and the RPG games series’ universe might be. And there are some impressively considered theories – with actual equations – on everything from length and girth proportionality to whether Khajiit peckers are “barbed like real cats'”.

As spotted by VG24/7, user GoodOld3C has launched a debate on the Elder Scrolls subreddit simply titled: “DEBATE: Dick sizes by race”. They explain: “Since my friend and I have been fiercely debating this, I would like to see the community’s thoughts on what we have come up with.” Posting a long list of every Elder Scrolls race, each paired with an estimated penis size in both metric and imperial measurement, they say they’re happy to open up it up to discussion – but would prefer the community “use evidence rather than personal bias”. Fair enough.

It’s fair to say the community’s responded with some gusto. While there have been plenty of answers so far, one user, RedPooD2thehemodroid, has offered an authoritative answer to end all answers.

“Length isn’t everything, girth matters too,” they explain, going on to offer an actual formula to logically arrive at the correct “cock size” for each of the Elder Scrolls races. Apart from “non-combat or stealth-focused races”; they’re “less likely to be in shape, so they have inferior bloodflow to the cock. This will not be accounted for in this report,” the user says.

“Now, the cock volume is proportional to length*girth² (remember, it doesn’t matter whether girth is measured by circumference, diameter, or radius, as those are all proportional to one another c=πd=2πr)”.

“Goddamn,” the original poster says in reply. “You basically did it. You solved the whole thing. I’d give you gold if I could.”

As for that question about the shape of Khajiits’ appendages raised by user Mrvalenti2000, it seems actual official Elder Scrolls lore has got that one covered – according to this Daggerfall: The Real Barenziah, Part III extract, their penises have “tiny little barbs”. Guess we should consider this point answered, then.