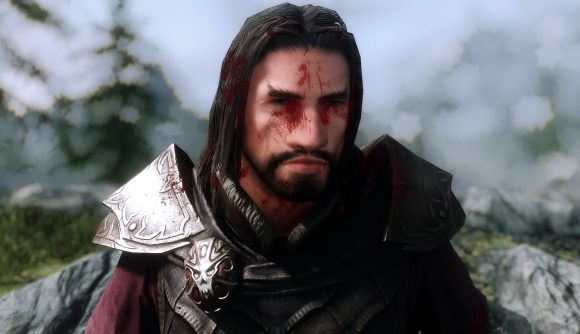 One of the most memorable aspects of Red Dead Redemption 2’s realism is how it reflects the nature of life on the road on Arthur himself. Stray from taking regular baths and the western game’s intrepid hero will become begrimed with everything, from horse dung and mud to blood from bar brawls, which NPCs will sneer at until you’ve sorted yourself out. Now, that same realism’s come to Skyrim, thanks to a new mod that likewise spatters the RPG game’s Dragonborn in muck.

JaySerpa’s ‘Dirt and Blood – dynamic visual effects’ mod means “your character will accumulate dirt and blood dynamically, which you can clean by swimming, standing in the rain, or taking a bath” – so, it works in a very similar way to RDR2. “The effects are mostly visual only and do not affect gameplay,” the modder adds, so you won’t need to worry about your hero’s dragon and draugr slaying taking a hit from all that mud and blood they’re slathered in.

However, merchants like a squeaky clean Dovahkiin, so you can see a 10% price hike or drop, depending on your current state of cleanliness.

The mod features four different ‘levels’ of dirtiness, and you’ll get grubbier around every two in-game days, though if you like your battles and brawls, that’ll probably accelerate. And it’s not just you that’ll see the effects: “NPCs will also get bloody as a result of battles”, the modder adds. Nice. 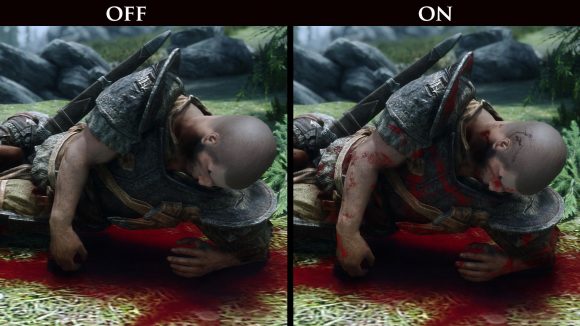 You can see a ‘before-and-after’ example of the mod in action on its page, which shows a strangely clean bandit lying in a puddle of blood transformed into one realistically spattered with it. Lovely.

If you’re keen to pick up the mod for yourself, head to Nexus Mods here – but, as ever, mod at your own risk! And do take a look at our list of the best Skyrim mods out there if you’re keen to add some more realism to your game.