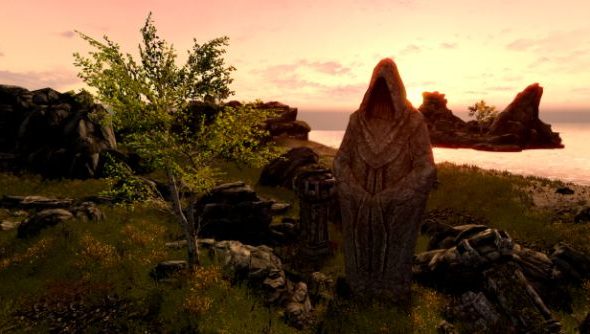 Skyrim mods are always plentiful, but there’s always a few that try and be something better, something more. A modding team by the name of SureAI is working on a total conversion mod for Skyrim, dubbed Enderal, and it looks stunning. It’s the sequel to their other, and critically acclaimed, total conversion mod by the name of Nehrim: At Fate’s Edge. It forgoes the world of Tamriel, and opts for its own universe.

They’ve just release a breathtaking trailer, teasing a “dark storyline” for the mod, as well as its many distinct environments.

Shiny. The team is quoting between “30-150 hours of gameplay” inside of Enderal, which is roughly the same as Skyrim itself depending on how much of the completionist you were. While it will use many of Skyrim’s existing systems, such as combat, it will introduce new classes, talents and set-items into the game.

The team is made up of completely voluntary members, but they’re confident enough to give the mod a 2015 release target.

With this and the upcoming Skywind well into production, it may be worth it to give Skyrim some room on your hard drive next year.