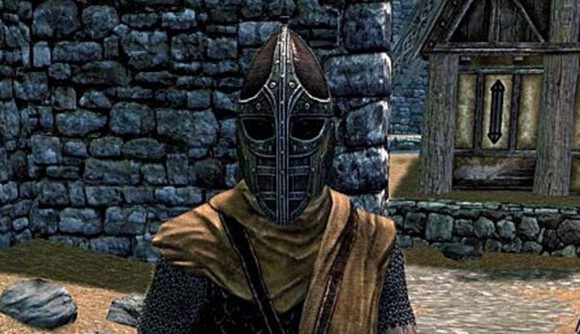 Skyrim Guard Dialogue Overhaul has been a pretty essential addition to the game since it launched all those years ago. “Citizen.” “What do you need?” “No lollygaggin’.” Those phrases have all been burned into our collective brains through sheer repetition, and the less said about arrows and knees the better. GDO fixes all that, and now it’s finally available for Skyrim Special Edition.

GDO doesn’t make any fundamental changes to the game, but it does alter the mood. As the description says, “Rather than annoying you, guards will enhance your experience of the game and increase your immersion in the world of Skyrim by properly recognizing your actions and not making disrespectful comments to a character that they are supposed to respect.”

While guards will still look down on you at the outset of the game, they’ll switch to more respectful terms as you grow in power. The mod also unlocks dialog that’s incredibly rare in the vanilla game because of restrictive conditions, giving you even more variety in your discussions with police enforcement. It also lets you give mead to a guard, since they seem to keep asking for it.

If you’ve switched to Skyrim Special Edition, you’ve been out of luck when it comes to getting a properly supported edition of GDO, but the mod has finally gotten a proper release on the SSE Nexus. Head there to download it. While you’re at it, check out our list of the best Skyrim mods – even half-a-decade later, there’s still plenty of stuff for Bethesda’s fantasy RPG that you haven’t seen yet, and you’ve got a long wait ahead for TES6.