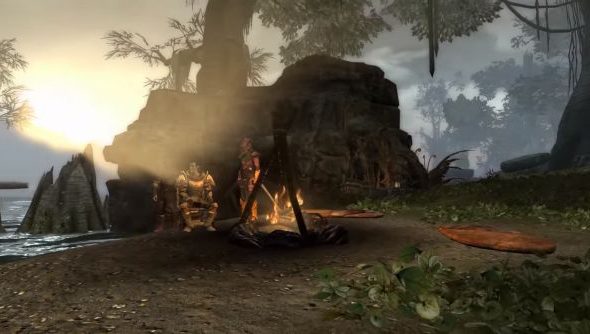 Mythical mod project Skywind looks to put classic WRPG Morrowind into the more modern, prettier and all together better Skyrim engine. It’s taking them an awfully long time, with a squad of volunteers and a lot of content to recreate, import and place properly. However, it’s looking gorgeous, even by modern graphical standards, and while there’s a massive amount of work still to do, the latest footage shows the project alive, well and making progress.

There are so many Skyrim mods we made a list of the best ones to keep you right.

The footage in this trailer is from this month, but everything shown in it has been in the game since December. It’s a showcase of what they managed to get done in 2015.

Honestly, the two things that surprise me the most are that the project is still going and how nice it looks. Modders have been surprising me with their tenacity since Black Mesa somehow managed to make it out after nearly a decade. These big, impossible projects always take so long to come to fruition, and the rewards at the end are never scaled to the effort put in, but people keep on going because they love it. That’s great.

Skyrim’s also still looking gorgeous. It’s not exactly Rise of the Tomb Raider’s realer-than-real, but I’m not going to scoff at wandering around that world if given the option. Not that you’d recognise it as Skyrim if you didn’t know, Morrowind is so nicely green in comparison to the icy wasteland.

If you’re experienced in mod development and want to get involved with Skywind, signups are on the official TES Renewal Project forums.