It’s true there’s an existing mod for Skyrim that lets you play ‘Sky Ball’ – a kind of rugby-meets-American-football-style contact sport, but now you can actually get stuck into some regular football in Bethesda’s iconic RPG – sort of. Sorry, soccer, depending on where you’re from. Let’s just call it Rocket League minus the cars, ok? Z Skyrim Soccer is like the real thing, but instead of launching a ball about the streets of Whiterun, you launch NPCs.

“The ball is a friend, so a friend is a ball” modder Murazzzz declares on the Z Skyrim Soccer mod page – and this is hilariously demonstrated in the video they’ve added of the game in action. Check it out below – the player uses two spells, ‘Z1 Paralysis Dribble’ and ‘Z2 Fire Shoot’, to dribble the poor unsuspecting NPC of their choice around, and then launch them at a goal with a fiery blast that clearly packs a punch.

There’s no goal included in the mod, the creator says, but just in Whiterun alone there are plenty of opportunities to imagine. That archway leading up towards Dragonsreach and Jorrvaskr looks pretty tempting.

It looks like lots of fun – for the Dragonborn, at least. I can’t imagine a sponsorship campaign from Nike will materialise any time soon, though. If you’re tempted to give Skyrim Soccer a go, head to Nexus Mods here. As ever, mod at your own risk! 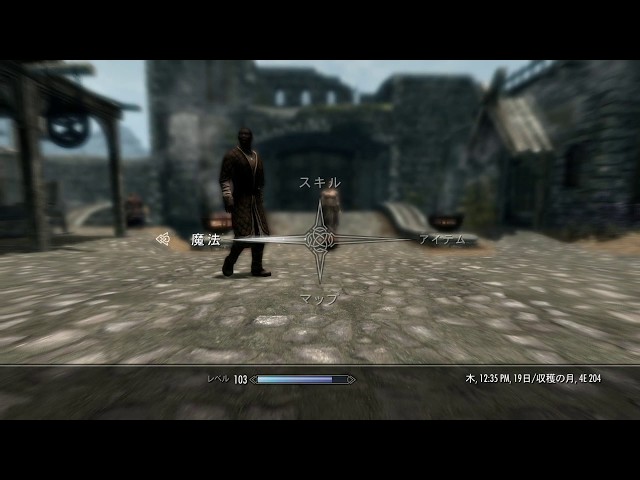 Even nearly a decade on, Skyrim endures as one of the best RPG games around, in part because its modding community isn’t showing signs of slowing down any time soon. If you’re keen to discover some other tinkerings to try, check out our guide to the best Skyrim mods out there.

There’s more to do in Tamriel’s frostiest region than kill dragons and hear guards moan about arrows in their knees, you know.