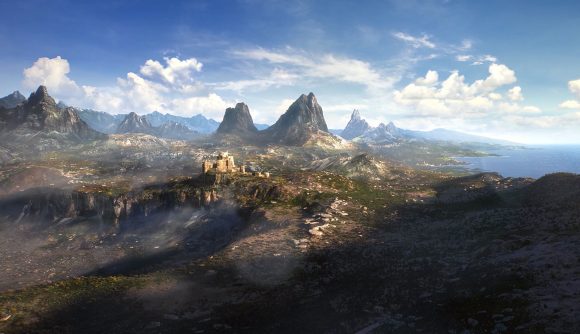 It’s fair to say that Microsoft revealing its intent to buy Zenimax has been one of the surprises of a very unusual year. Despite worries that the upcoming acquisition may stop subsidiary Bethesda’s games from reaching other platforms, though, everyone involved has been keen to stress that is unlikely to be the case.

Speaking to GamesIndustry.biz, Fallout and Skyrim director Todd Howard says that it’s “hard to imagine” games like The Elder Scrolls 6 being restricted to Microsoft’s platforms. He also says that the finer details of the deal are still being finalised and that Bethesda would judge future titles on a “case-by-case basis”.

“I can’t really project where things will be except to say we’ve done those sort of exercises ourselves as an independent,” he explains. “If you look at every Elder Scrolls game, there has been some exclusivity on Xbox or with Microsoft. We’ve partnered with every game. Morrowind was basically a console exclusive, Oblivion was a long timed exclusive, Skyrim’s DLC was exclusive for a long period of time. We’ll decide what makes the best sense for our audience when the time comes, and I can’t really project today what that looks like.”

Howard does explain, though, that the studio is “giving up very little” in the acquisition. To name one example of that, Bethesda will still be publishing its games.

“[Microsoft is] very creator-driven, we’re still going to get to be who we are,” Howard says. “We’re a subsidiary, but we’re still running our games and pushing everything the way that we have.

“We felt very strongly about their view of access; games for everybody that we can bring to anybody regardless of where they are, what devices they’re playing on. We’re very, very passionate about that, and at the end of the day we’re convinced we’ll make better products and get them to more people easily by being part of Xbox as opposed to being just a third party.”

We still don’t have an Elder Scrolls 6 release date just yet, but we’ve rounded up all the details for you anyway. Because we’re nice.