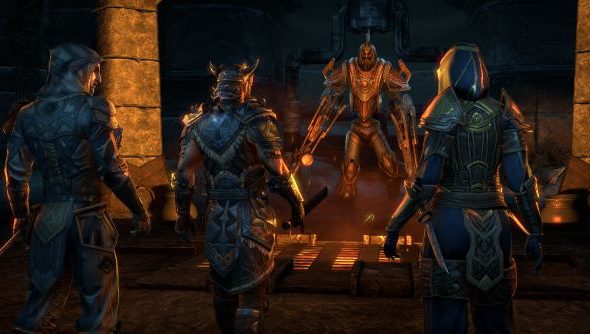 The latest “DLC game pack” has come to Elder Scrolls Online, bringing the rebuilding of Orcish homeland Orsinium to the Elder Scrolls MMO. In it, you are requisitioned by the King of the Orcs, Kurog, and his mother to help fight aganist their enemies and secure their new capital. It promises at least 20 hours of content for new and old players alike, split over group and solo quests, bosses and dungeons.

A bit more into the single-player side of TES? Our best RPGs article is for you.

This trailer from last month breaks down everything that’s newly available:

The solo-focused Maelstrom Arena comes with “nine combat rings and two different difficulty levels” and allows you to battle against some of the strongest monsters the game has to offer without any backup and for big rewards. The arenas are also packed with traps and other hazards. On the group side, the two new public dungeons areOld Orsinium and Rkindaleft. There are also six new world bosses dotted around to try to take out.

ESO was never for me, to put it lightly. I’ve been tempted to investigate how it’s been after the major changes introduced with going F2P, but find my time monopolised by games I know I enjoy. Who’s playing it and what do you think? Let us know below.