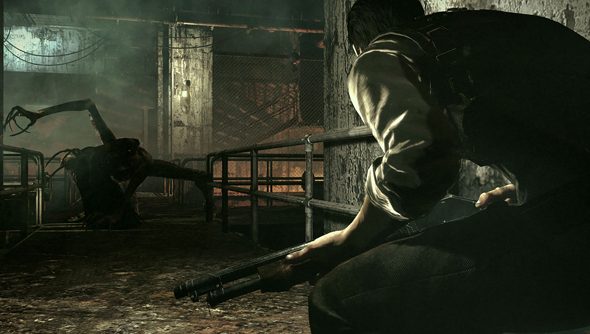 There’s a perception that evil is all-or-nothing. Paladins turn like old milk. Angels fall like parents in ice skates, with no hope of ever getting back up.

But it doesn’t have to be that way. With Tango Gameworks’ new demo, you can dabble in the devil and see how it suits you. And more to the point, how those diabolical Evil Within system requirements suit your PC.

About a month ago, The Evil Within’s recommended specs promised a VRAM apocalypse.

The bare minimum requirements that followed were similarly frightening, asking for an ‘i7 or equivalent 4+ core processor’. And that with a string of compromises on resolution, anti-aliasing, shadow, motion blur, SSAO and tessellation.

The Steam demo Tango Gameworks released for Halloween will allow you to test The Evil Within’s PC port for yourself – as well as the first three chapters of the game. That’s about 90 minutes of abject horror.

If you decide to buy, you can pick up progress where you left off – there’s no need to jump at the same scares twice.

Before the weekend, Bethesda released a patch which lifts The Evil Within’s 30fps cap and does away with the stylistic black bars that border the screen, should you not take to them. Do you think you’ll make use of it?