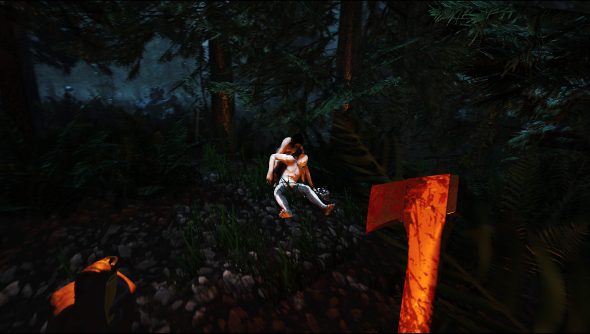 The Forest is simply horrible. I’m forever grateful that it came out before I started Playing With Myself (it’s the joke that keeps on giving), or I would have felt obligated to record what can only be described as some of my lowest moments. Standing in a cave, shouting at a zippo lighter, wishing I was playing a game where the chances of getting attacked by cannibals and then dragged into their underground lair to await dinnertime were very low, it was a bad time. But I did have, I’ll admit, a very good time having this bad time.

If you are a fellow Stockholm Syndrome sufferer, then you might be pleased to know you can now recruit friends to join you on this nightmarish island, as The Forest now supports co-op multiplayer.

Today’s update to the Early Access survival game is developer Endnight Games’ “first pass” at co-op multiplayer, so bugs are to be expected. And be warned: saving in your co-op game will overwrite your single-player save, though a fix is in the works.

Here’s everything the update adds and changes: