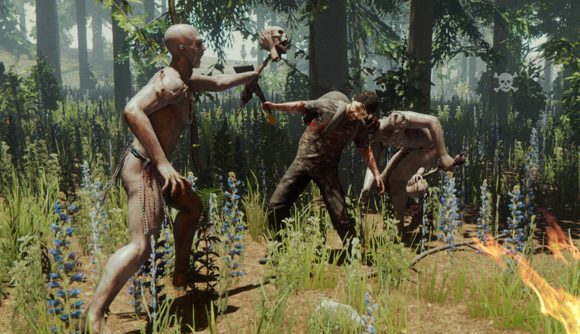 The Forest sales numbers have been quietly racking up since the game’s Early Access launch in 2014, and today developer Endnight Games has announced a huge sales milestone: 5.3 million copies. That may not compare with the true juggernauts of the industry, but for the debut title from a small indie studio, that’s very impressive.

Endnight says in its press release that The Forest was initially built on a budget of $125,000. While the specifics of continued development costs, Steam’s cut of the revenue, and other business considerations mean we can’t accurately estimate the game’s revenue, I think it’s safe to say that investment has paid off.

The 5 million copies sold all come from the PC edition, which finally left Early Access back in April. While the future of the game might now be heavily tied into today’s PlayStation 4 release, things aren’t done on computers. Endnight says there’s a pretty significant new patch on the way in December that’ll add a new creature and weapon type as well as new buildables and clothing.

While survival horror has been a codified genre since the days of Resident Evil, but a more specific focus on each half of that moniker helped The Forest stand out among both the best horror games on PC and the best survival games on PC. With Early Access done and a console edition on the way, maybe we’ll soon see what else Endnight Games is capable of.