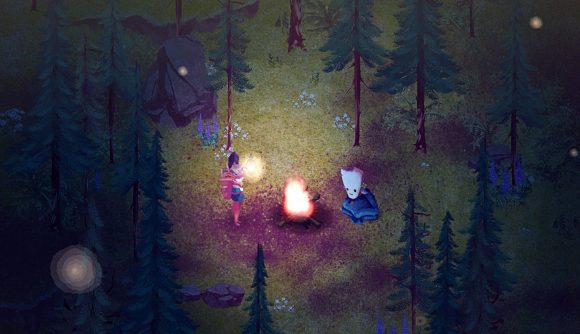 One of the things that slowly forms as you play The Garden Path is the gentle routine you can set out for yourself. You don’t need to worry about watering your crops or sleeping to regain your energy as you would in games like Stardew Valley, and you don’t have to worry about missing a step if you haven’t played in a while. The more laid-back approach to designing a cosy sim isn’t unintentional, though, with developer Louis Durrant telling us he doesn’t want players to feel punished for not “watering each and every herb, or logging in that particular day”.

“One of the first things I wrote when building the design for the game was ‘no watering cans!'” he tells us. “I want the world to reflect a long chain of choices that the player has made, rather than punish them for not feeling like watering each and every herb or logging in on that particular day.

“There’s busy work you can make for yourself, but those are choices too. Plants might struggle because you planted them somewhere with the wrong soil levels, for instance, but that might be a deliberate choice to diversify an area.”

Another inspiration for Durrant is Animal Crossing. You can get a sense of it in the game’s early demo as travelling merchants wander around the map and vegetable-headed drifters arrive to take refuge in your garden. 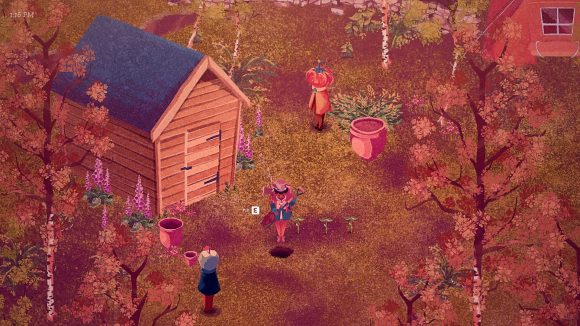 “I love that Animal Crossing has a cohort of characters that feel special to your copy of the game, that you can chat to and befriend,” he explains. “In The Garden Path, you’re given more control over it, you can track how close you are to attracting a certain villager, and it’s easier to say goodbye. I think it might be closer to Viva Piñata in that sense!”

One area in which Durrant is keen to go a different way, though, is the game’s value on currency. The developer tells us that you won’t be able to liquefy everything you have and funnel it into something else, so you’ll need to be savvier. The idea is that this gives more weight and identity to each item as you can’t reduce them to a monetary value.

“That’s probably the gameplay choice that has ricocheted the most into the game’s DNA,” Durrant explains. “What a single currency does is allows all actions that generate currency to be viable to the player because you can convert and return. It’s important that players don’t feel limited by their playstyle, so I had to design around it. 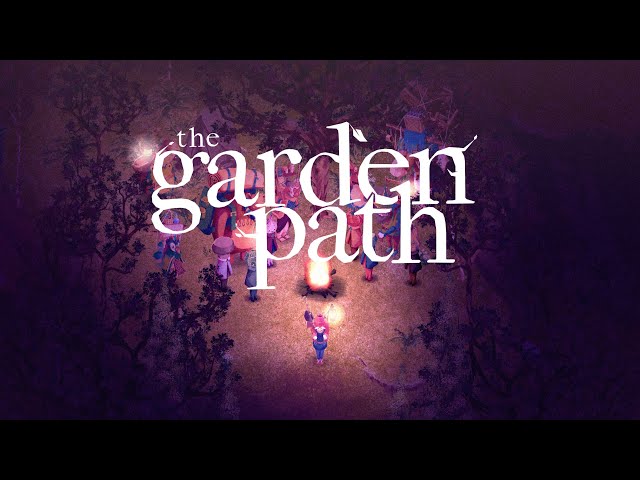 “That’s why fish, for instance, are song-fish. You can release a fish’s song to make changes to the garden – depending on the fish it might sprout up new young trees or encourage blooms in flowering plants. That way, even if the fish you caught aren’t good for buying seeds, they might still work as seeds.”

While Stardew Valley and Animal Crossing are popular destinations for people who want to vanish into something cosy, Durrant believes The Garden Path’s more “mature tone” and abandonment of resource management will help it stand out.

“I want the garden to feel like a real place like it could be somewhere in the world, even if it’s total fantasy,” he says. “I think sometimes game worlds feel like playgrounds where everything is placed deliberately there for the player.

“The Garden Path should be more experiential – it’s not about big bright colours or managing vast amounts of resources. It’s about hearing what characters have to say, uncovering secrets, all while setting your own goals. I think The Garden Path has a more mature tone to it in that sense. I want the game to feel like a love letter to the woods and gardens that inspired it, rather than just a theme for its resources.” 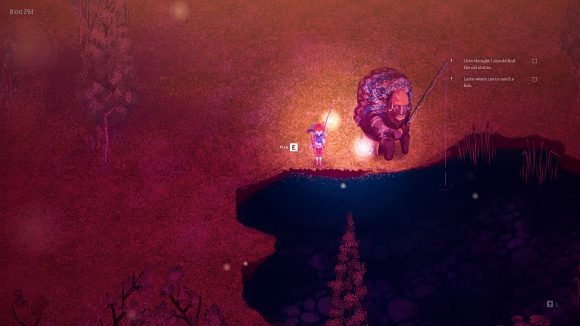 The Garden Path has recently hit Kickstarter, with a full release set for this year. Even with launch looming, though, Durrant has one eye fixed on the future with post-launch content.

“Just like many other games, the hats and chairs in the game won’t be the last hats and chairs you’ll see,” he shares. The Garden Path is built with that in mind – there should be a series of content updates into the foreseeable after launch.

“As for gameplay features, I have ideas for a companion system. It won’t be pets – it won’t be dogs, cats, turtles – I know that for certain, but it’ll be something more suited to the spirit of the game. I’d also love to expand the interior space system. It’s not a town-building game, but I’m thinking a variety of tents, and maybe even traveller-specific tents could be fun.”

Somewhere down the line, you may even get the chance to play The Garden Path with friends, though there aren’t any set plans for that right now.

“I’m looking into multiplayer, but I want to make sure I design it right,” Durrant tells us. “It was made to be played single-player, but I think if someone wanted to experience it alongside someone else, that’s also really special.”