If you enjoy tactical RPGs like Divinity: Original Sin II but are also partial to taking on demonic beasties and “otherworldly evil” straight out of science fiction, you’re in luck – there’s an upcoming PC game that smashes these two worlds together coming up soon. The Hand of Merlin is a “turn-based roguelite RPG in which Arthurian legend meets with sci-fi horror”, and it’s headed to Steam Early Access next month.

The news of The Hand of Merlin’s Early Access release date – which is set for May 11 – is accompanied by an announcement trailer, which you can check out below. Inspired in part by Arthurian legend, as the clip shows, the game sees the evils of a cosmic force known as the Cataclysm approaching the many worlds that exist in the game’s universe. Its “abominations” have been “gnawing at the Veil since the beginning of time”. Gulp.

The holy grail was created, imbued with powers, and handed to the champion of each of these worlds – King Arthur – to help tackle this threat, but that plan failed. So, now it’s up to the player to finish the job.

On this quest, the game sets you on a non-linear narrative journey in which you’ll have to make choices that change in each playthrough. Along the way you’ll have to get to grips with turn-based (and squad-based) combat to overcome the Cataclysm’s invading, demonic foes. “Your enemies will be tough and ruthless,” developers Room-C Games and Croteam explain. So you’ll need to “make use of high ground and cover, set up ambushes and coordinated attacks, [and] harness synergies between different Hero classes and skills”. 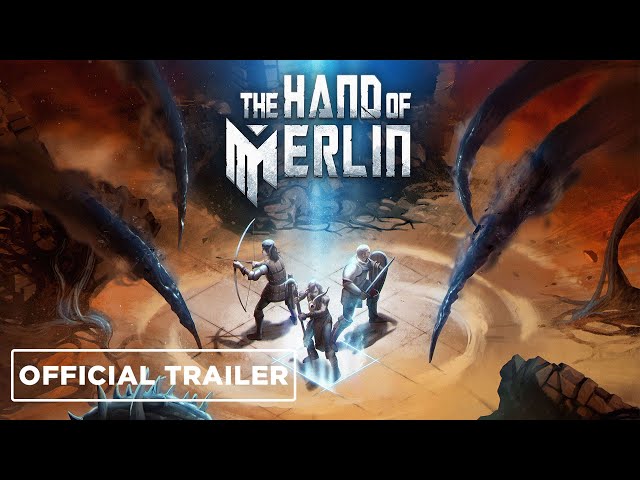 It’s a roguelite game, too, so you can expect some consequences for getting it right – or wrong. Choices and death are both permanent, so you’ll need to pick and plan out your options wisely. “Plan and prepare. Negotiate, barter, fight. Tackle challenges. Suffer losses. Recruit new Heroes,” as the devs say.

During your journey, you’ll earn gold, supplies and renown to help take you forward, with the latter letting you level up your team of Heroes and choose between a randomised set of new skills or improvements to your existing attributes. The gold will let you improve your kit when you head into towns, and there’ll be some magical artifacts scattered about the lands to give you an edge, too, if you can track them down.

If you do find yourself on the losing side of a scrimmage with those demonic forces, the good news is “defeat is not the end, only a new beginning” in The Hand of Merlin. You’ll get to retain your accrued knowledge of magic combat (as a spirit), and hop from one parallel dimension to the next. Each time you do, you’ll find the next world different from the last, with different monarchs in charge and, as a result, changed encounters, characters, and events.

So, it looks like The Hand of Merlin will offer a fresh and distinct spin on the RPG genre through its gameplay mechanics and injection of sci-fi horror into the mix. “The popularity of roguelite RPGs, coupled with the uniquely disruptive clash of worlds in a beautifully crafted game like The Hand of Merlin really emphasises the game’s narrative,” says publisher Versus Evil’s general manager Steve Escalante. “Versus Evil prides itself in finding immersive games with great storytelling and this is an exciting addition to the ranks.” 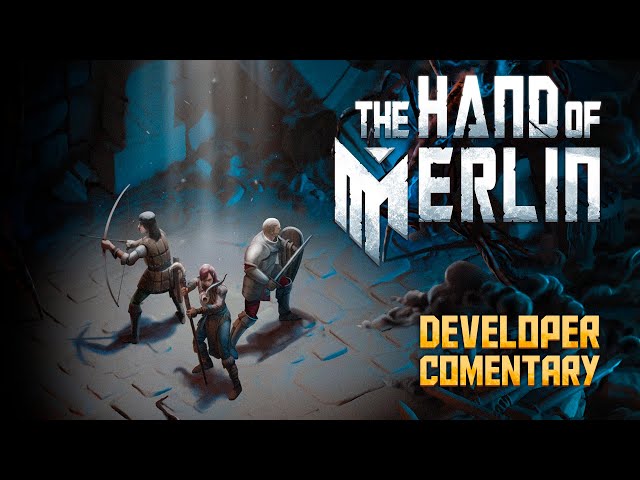 The Hand of Merlin hits Early Access on Steam, but also the Epic Games Store and GOG on May 11. There’ll be both standard and deluxe editions to pick from, with the latter also including a copy of the game’s soundtrack.