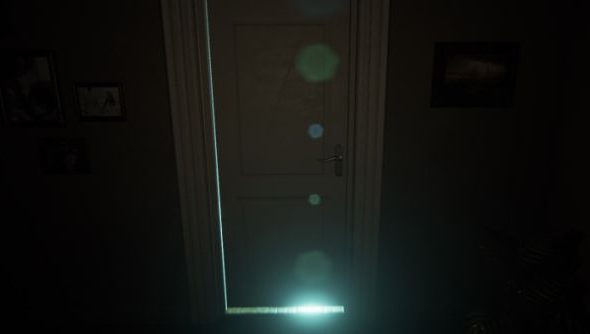 The Hum: Abductions is what might have happened if Fox Mulder had taken his expulsion from the FBI as an opportunity to retrain and learn some C++.

A first-person horror experience split into three stories about supernatural happenings in real-world environments, the game is the culmination of some 20 years of unpublished fiction. And something like immersion therapy for creator Ariel Arias.

“One of my biggest inspirations is my own fear of aliens,” confided the Argentinian developer about half an hour into our phone call. “I’ve had a great phobia. I think it’s lessened in the last year.”

Arias is 30 years old. He’s spent the majority of his working days building mobile games for companies like Disney and EA, though his first game was developed for the ZX Spectrum at the age of seven and never released.

In fact, the bulk of his most creative work remains unreleased today. Like the little grey men it concerns, The Hum’s universe has existed somewhere beneath the public consciousness for a long time. Arias has written some 16 Spanish-language novels in his X-Files-inspired world – which he is only now beginning to publish.

“The Hum has a wide background in my mind,” he said. “I started thinking about this project and all this universe maybe 20 years ago.”

Arias isn’t sure whether or not he wants to publish everything in his collection – just a few chapters of one of his stories are currently available on The Hum’s website. First, he wants to release and gauge reception of the game he’s making with two co-developers at Thotwise Games.

Conceived as a prelude and tech demo for an eventual alien invasion survival game set in an open-world – think City 17 via Area 51 – Abductions is rather more grounded in its premise. It’ll be a linear horror experience, comprised of three encounters with extraterrestrial terror in three separate locations.

“Some weeks before and even some weeks after the occupation, there are some smaller stories I am trying to tell,” said Arias. “Abductions tells particular stories from people with some relevance to what happens during the invasion.”

The developer’s ideas for the game solidified during the recent rise of VR – which he saw as the chance he’d been waiting for to share his phobia with others.

“When the Oculus Rift came onto the scene, it was like an instant, ‘Okay, it’s the moment for me to make this experience about the fear of aliens’,” he said. “I want to bring this to the game.”

Early feedback has persuaded Arias that Rift-exclusivity would exclude too many potential players – but the device still seeps into every aspect of Abductions’ design.

“I’m trying to reach a balance between virtual reality and common screens because I know not everybody has a Rift,” said Arias. “But I am working a lot with the Rift to reach a good ambience – to test distances, to test timings, to test how oppressive an environment is.”

The environments of Abductions will be intensely detailed. Its trailer concerns a horrific disappearance in a family house – a relatable world Thotwise have meticulously decorated with displaced toys, compact staircases and functional light switches. 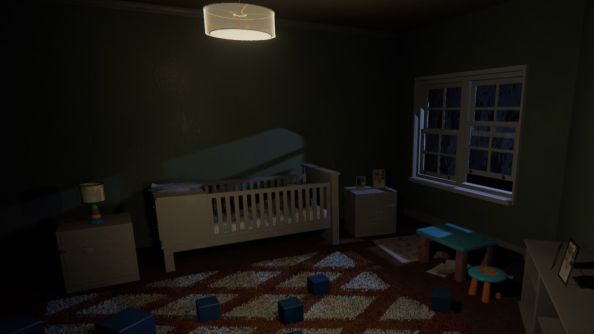 “The other environments are not in a house,” said Arias of his domestic level design. “But they are in the real world, on this planet, in this time.”

We can expect to explore a forest – a “very iconic place for alien abductions” – and a third, mystery location visited “some days after” the occupation. All will be saturated with allusions to Arias’ lore for players willing to look for them.

“In Abductions you will understand if you take the time to watch the details,” he said. “You will find a lot of background history, looking at papers or even pictures on the wall, telling the history of the galaxy.”

Arias intends to create places that feel familiar. And then, once the player’s comfortable, to unseat them with alien goings-on.

“All the ambience and the mood for these chapters is very X-Files inspired,” he said. “Even if they are real-world environments, you have a lot of supernatural and mysterious stuff happening around you.

“It’s not ghosts or monsters, I think the tension and the mystery is the point. You will feel like it could happen to you.” 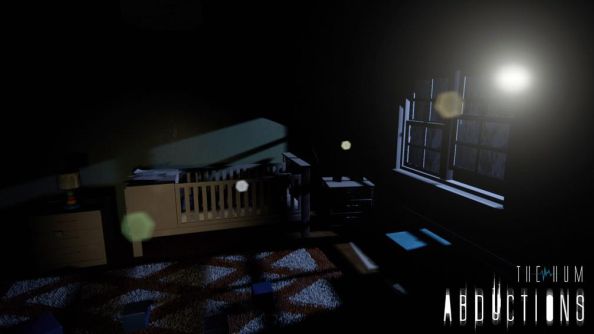 Lighting will be one of the ways in which Thotwise seek to spook players. Think of the clusters of light in Close Encounters of the Third Kind that have defined UFOs in pop culture ever since.

Unreal Engine 4’s ability to visualise the lighting in a scene was one of the reasons that Thotwise decided to use the engine. The new tech does a particularly good job with an X-Files classic – a light that begins dim and mysterious but grows to consume the whole screen.

“It’s not only about showing great textures, it’s about great lighting,” said Arias of UE4. “You can see UFO light shining down in a scene, and I couldn’t reach that with any other engine.”

Arias praised the wealth of integrated tools that have allowed his tiny team to build dense and detailed locations fit for the Rift.

“It was a concern that Unreal 4 would be complicated and have a lot of bottlenecks for indies like us,” he said. “But it wasn’t the case.”

Asked what he’s most proud of in The Hum: Abductions so far, Arias won’t point to anything in particular – he’s a perfectionist. But he’s delighted with response to the game on Steam Greenlight and elsewhere.

“This is a very personal project for me,” he said. “I’m not building a social game and trying to sell anything. Of course, if it can sell a lot I will be happy. But this universe has been living with me for 20 years. Most of my life, it’s been in my life.

“It was very difficult to show my life’s work to people – so I’m just a little proud of having started doing it. But about the game itself, I’m not proud, yet.”

The Hum: Abductions is destined for PC and Mac in mid 2015. Unreal Engine 4 development is available to anyone for a $19 monthly subscription fee.

In this sponsored series, we’re looking at how game developers are taking advantage of Unreal Engine 4 to create a new generation of PC games. With thanks to Epic Games and Thotwise Games.