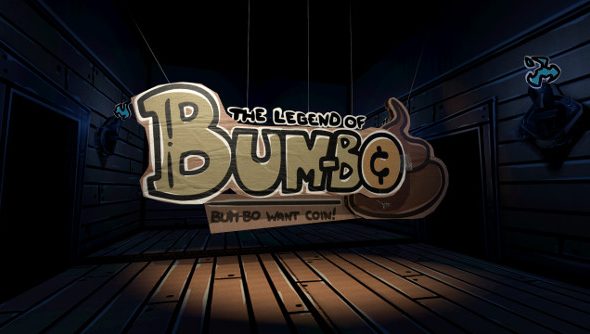 Never one to avoid an ARG, Edmund McMillen – he of Binding of Isaac, Indie Game: The Movie and Super Meat Boy among many others – hasn’t left everything as it seems in his announcement of Binding of Isaac spin-off RPG The Legend of Bum-bo. Named for one of the baby roguelike’s many (many, many) items, there’s hints that it may be a prequel to the story of Binding, and shed some more light on its myserious-at-best plot.

Could it land on the best RPGs list? It could, dear reader.

For the unfamiliar, Bumbo is a follower acquirable in Binding of Isaac, added to the game in its most recent expansion. He’s a little head that grabs coins on the floor and slowly upgrades. He goes from simply stealing your money to dropping pickups, then shooting tears, then charging enemies and dealing pretty heavy contact damage, while dropping active bombs to further damage them. If you’ll excuse my Isaac nerdery, he’s pretty great, often turns coins into something more useful in the early game, while becoming a damage-dealing powerhouse a few floors later.

His game, as announced on the official Binding of Isaac blog, will be a “turn based puzzle RPG type thingy that’s randomly generated.” Presumably it’ll be using some amount of the procedural tech McMillen and his squad have learned over the years working on Isaac. Programming is being done by James Id, a long-time collaborator with McMillen, while Binding of Isaac composers RIDICULON are on audio.

Beyond that, the post doesn’t seem too forthcoming. However, eager-eyed Redditors have, as always, noticed a pair of slightly odd strings hidden on the page. One is in the post’s tags and reads 1MjYBzz – a bit.ly link that goes to the Wikipedia page for Prequel. Meanwhile the other is in the Tumblr tags for the post 1kjLGx1 which goes to, well, this:

Cheers for today’s earworm, McMillen. He promises more info in the “coming months” with more teases. Your best bet to keep track of it will likely be the experienced ARGers at r/BindingOfIsaac.