Thinking back, it was the human meat cube that pushed us over the limit, the priest and I. For Vicar Max, I suspect the sight of a corpse mashed into a box shape – work clothes and boots included – was too much to bear, and he said as much on our way out of the clandestine testing facility on The Outer Worlds‘ new location, the asteroid Gorgon. For me, the grisly moment was simply a bridge too far, finally straining The Outer Worlds’ odd tonal dissonance to the breaking point.

Peril on Gorgon is The Outer Worlds’ first big expansion, and it’s a capsule adventure that introduces an all-new location full of twisting underground research facilities, ravenous robots, and glittering gilded age reception areas. After wrapping things up on Monarch, you’ll receive an unusual package on the Unreliable – it’s a severed arm holding an audio log, which directs you to a lonely mansion built way out in the asteroid belt.

There, you’ll meet Wilhelmina Ambrose, a suspiciously wealthy heiress who wants you to travel to Gorgon, the asteroid where her estranged mother once headed up a science venture gone horribly wrong. Being that this is The Outer Worlds, you can probably guess where this is going: yes, it’s another story about corporate greed and inhumanity, and Peril on Gorgon cranks the dial on company brutality and monstrosity up several notches.

It’s not spoiling too much of Peril on Gorgon’s story to reveal that the research going on at the Gorgon facility was meant to produce a new line of stimulants for Spacer’s Choice, the Outer Worlds’ stand-in for modern megacorporations. True to the company slogan (“You’ve tried the best, now try the rest!”), Spacer’s Choice placed barely competent managers in charge of ethically compromised scientists, and the results were gruesome – as the vicar and I discovered to our dismay in the meat cube stamping room. 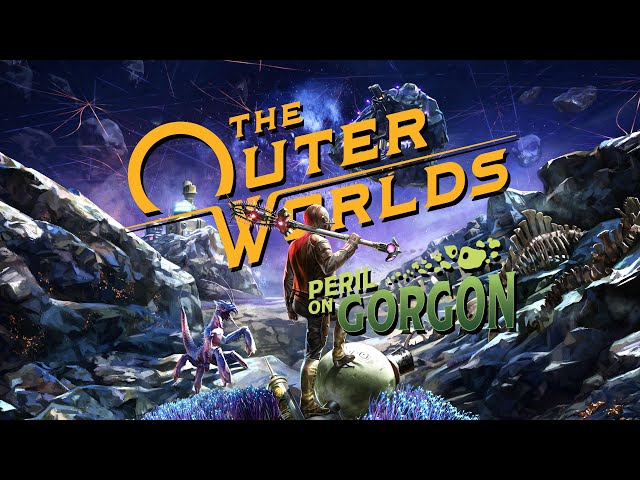 There’s a lot of genuinely lovely stuff in Peril on Gorgon, and you swing rapidly between The Outer Worlds’ glitzy upper crust and its Dickensian working class squalor at a dizzying pace. One quest has you tracking down a former Project Gorgon researcher at a fancy dog show on Byzantium (a typically on-the-nose reference to the ‘byzantine’ nature of the bureaucracy that keeps it afloat) before descending into a hellish human subjects testing lab back on Gorgon.

It’s this human experiments theme that leaves such a nasty taste in my mouth as I’m about to make what I believe is the last Big Important Decision in Peril on Gorgon. The expansion maintains The Outer Worlds’ breezy anti-corporate mood, but rather than being a slightly subversive, goofy Buck Rogers spin on The Great Gatsby, it’s now a goofy, Buck Rogers spin on Upton Sinclair’s The Jungle, and the subject matter does not sit at all well with the overall tone.

It’s made worse with the revelation that the masked enemies you’ve been gleefully melting with plasma beams are in fact unwitting test subjects themselves, which has the nauseating effect of making your character a party to an ongoing, unspeakable atrocity. 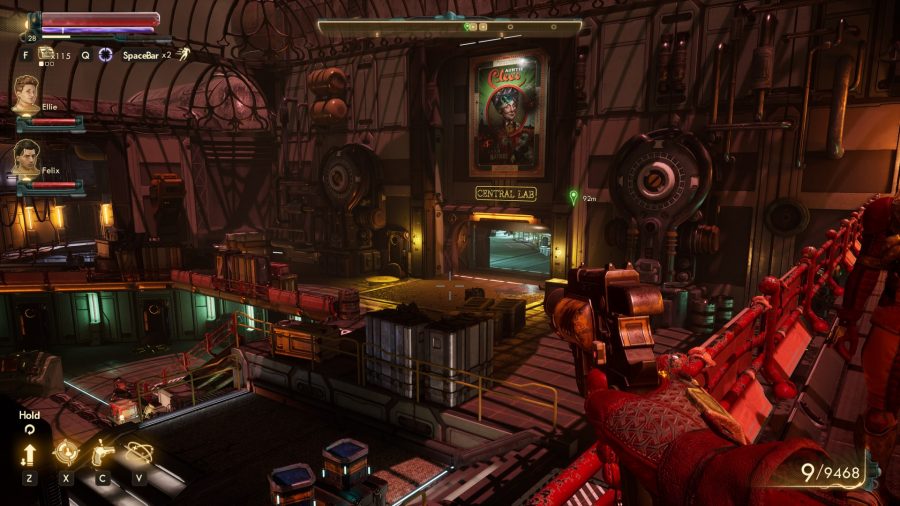 Look, violating the Geneva Conventions is not really a big deal in videogames – there’s a whole Twitter account devoted to it, in fact – but Peril on Gorgon deals in some particularly heinous stuff. Company emails you unearth at employee terminals detail experiments reminiscent of Stanley Milgram’s ethically deranged studies at Yale and worse, but The Outer World’s limited tonal range doesn’t allow you to react with anything like the appropriate level of disgust and horror.

Even more peril: The best RPG games on PC

Mechanically speaking, Peril on Gorgon slots neatly into the rest of The Outer Worlds, adding a smattering of new enemies to fight and gear to collect. Playing as a long guns specialist, I didn’t find any of the fights much different from the shootouts you find through the base game’s campaign, but I enjoyed exploring the Bioshock-influenced interiors of Gorgon’s dungeons all the same. The guns are fine. They’re fine. 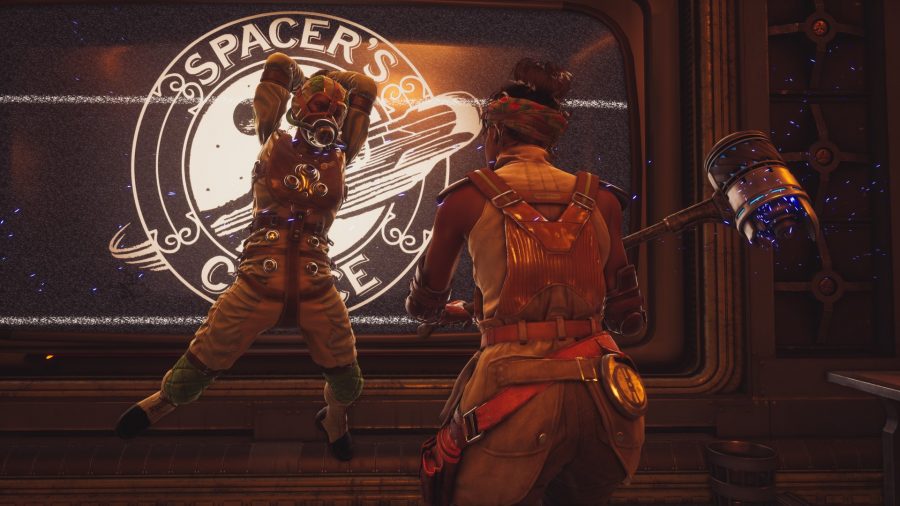 I’ve made it through the bulk of one playthrough in just shy of ten hours, and that’s focusing almost exclusively on the new content. Peril on Gorgon is padded out by lots of reading at terminals and plot discussions with key NPCs, but it’s a healthy size DLC all the same.

I just don’t know whether I want to bother finishing it. I’ve enjoyed The Outer Worlds’ critique of corporate exploitation of labour, but Peril on Gorgon’s clumsy use of human experimentation as a backdrop suggests it doesn’t fully appreciate the severity of the issues it’s signposting. A (fairly predictable) third act heel turn has left me with nobody to root for. While the shooting and RPG elements are fine enough I suppose, they’re certainly not outstanding. What’s left to consider is its narrative voice, and in Peril on Gorgon, The Outer Worlds feels like it’s being used to tell the wrong story.