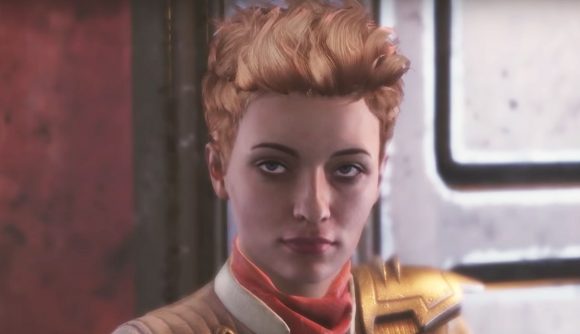 Obsidian’s upcoming sci-fi RPG, The Outer Worlds, was revealed at The Game Awards last week. If you’ve not set eyes on the game just yet, it’s something of an homage to the Fallout series, developed by some of the series’ original creators and by the team who made Fallout: New Vegas. It does, however, differ from the rest of the series in one key regard – you won’t be able to get down and dirty with your companions.

That info comes from GameInformer, who published 15 minutes of The Outer Worlds gameplay to YouTube last week (you can check it out in full towards the bottom of this article). In that video, the RPG’s party system, which allows you to have multiple companions at once, was discussed.

While you will be able to undergo special companion missions to improve your standing with your followers, you won’t be able to take your relationship with them to the next level. GameInformer’s Ben Reeves issues a pretty clear ‘no’ when asked if you’ll be able to sleep with your closest NPC followers.

Apparently, Obsidian discussed the idea, but according to Reeve, they decided that “romance quests are hard and involve a lot of work,” and decided not to develop the concept further. I’m a little surprised, given the history of romance options in most iterations of the Fallout series and in party-based RPGs in general, but it’s maybe worth noting that Reeve only says you can’t romance your companions. It’s still possible that there are particular NPCs who might be more open to your advances, who wouldn’t require the narrative to be shaped around them – consider the differences between the harbourside brothels in The Witcher 3 and the romance options woven into the main story.

You can check out GameInformer’s 15 minutes of footage in the video above. We don’t have a release date yet, but it looks like The Outer Worlds is already making something of a splash – for Obsidian dev Chris Avellone issued a cheeky tweet in the wake of its reveal, while the mods of the Fallout subreddit asked its members to stop posting about the game. In response, fans said that they were simply desperate to have something good to talk about in the disastrous wake of Fallout 76. It’s a shame as it severely limits the game’s chance of making our prestigious list of the best sex games on PC.