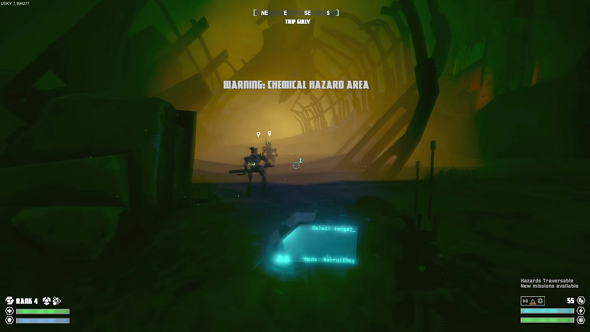 The Signal From Tölva – the next game from Big Robot, creators of Sir, You Are Being Hunted – just got an 8-minute gameplay demonstration, and you can watch it above. It’s a different beast to the studio’s first game entirely.

See more exciting digital entertainment on it way in our list of upcoming PC games.

InThe Signal From Tölva you’ll trudge across an alien landscape trying to uncover its mysteries, all while firing really punchy-sounding laser weapons that shoot all different colours. Lovely.

Unlike Sir, this FPS won’t use procedural generation, instead placing players in a hand-built open-world map filled with activities to tackle.

This sci-fi FPS is built around emergent gameplay, with warring robot factions vying for dominance on the planet’s surface. You’re part of one of these factions and can command them to do your bidding with the right tools, but firefights will break out regardless of your influence.

You can also take over strongholds and create a spawn point for your metal minions, sending them out to battle a rival faction nearby while you stock up and swap your weapons for something with a sweeter colour.

It’s shaping up pretty nicely and is due for release in 2017.