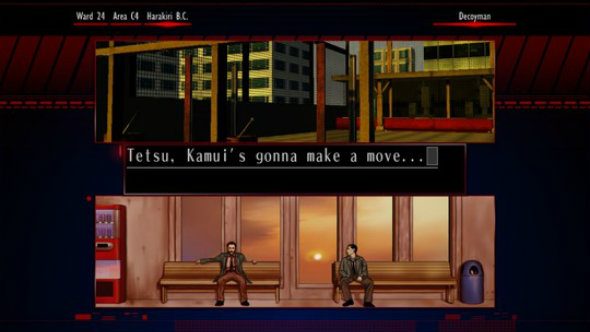 A cold case is reopening from 1999, along with the first game from eccentric Japanese game designer Suda 51. The Silver Case is a visual novel-style game that appeared on the original PlayStation, but it’s coming to Steam soon. There’s a demo right now, in fact.

For more from the archive, here’s our list of the best old games.

Though you may know Suda 51 best for his action games like Killer 7 and Killer is Dead, The Silver Case was built as a windowed visual novel because of budget restraints, but later games from the developer took place in the same universe and covered the same themes.

For that reason alone, anyone who’s a fan of Suda 51’s modern work should take a look at it, if only to witness an origin story for one of the most distinct game designers in the business.

“1999 – the ’24 Wards’,” reads the blurb. “A string of mysterious serial killings plagues the city. The detectives of the 24 Wards Heinous Crimes Unit have their eyes on one man: Kamui Uehara, legendary serial killer and assassin of a number of government officials 20 years prior in the now-famous ‘Silver Case’. However, nobody knows the true identity of Kamui.

“Has he really returned? Who is this infamous serial killer?”

You can download The Silver Case demo now. The full game is releasing on Steam this autumn.