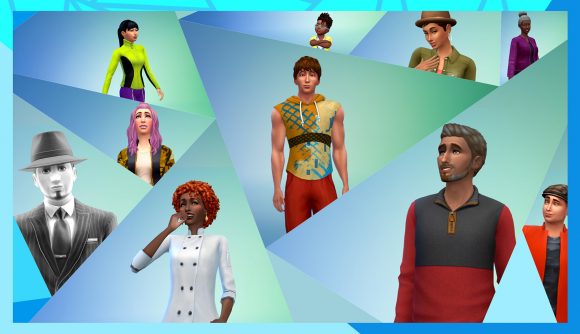 The devs behind The Sims 4 announced plans to introduce non-binary and gender neutral pronouns last year, and as part of a new devstream, they’ve unveiled how the feature will work. Or, rather, they’ve unveiled how the feature may work. It’s all still work-in-progress, but as it stands now, the pronoun selection feature would let you select pronouns, including non-binary ones, independently of your sim’s sex, and set custom pronouns, too.

The new Create-A-Sim screen (which, again, is a work in progress) now opens with the line “hello, my name and pronouns are”. You can open the usual name interface, where you’ll find a new drop-down menu for pronouns, including ‘they/them/their’, ‘she/her/hers’, ‘he/him/his’, and ‘custom’. The ‘custom’ option will allow you to set all three grammatical forms of your pronouns. The devs also say that in-game filters, like the existing profanity filter, will help prevent custom pronouns from being abused.

There’s still no word on exactly when this feature will launch, but the first iteration will be for the English version of the sandbox game. The Sims 4 is available in 18 different languages, many of which have rules about how gendered pronouns work. That means additional development work beyond that required for the English implementation.

You can see a demo of the feature at the 39:10 mark in the video below.

The devs worked with LGBTQ+ charity It Gets Better to ensure the correct implementation of pronoun options, but the team acknowledges that this is just one step toward making The Sims gender neutral. The game, of course, still features a binary selector of physical sex.